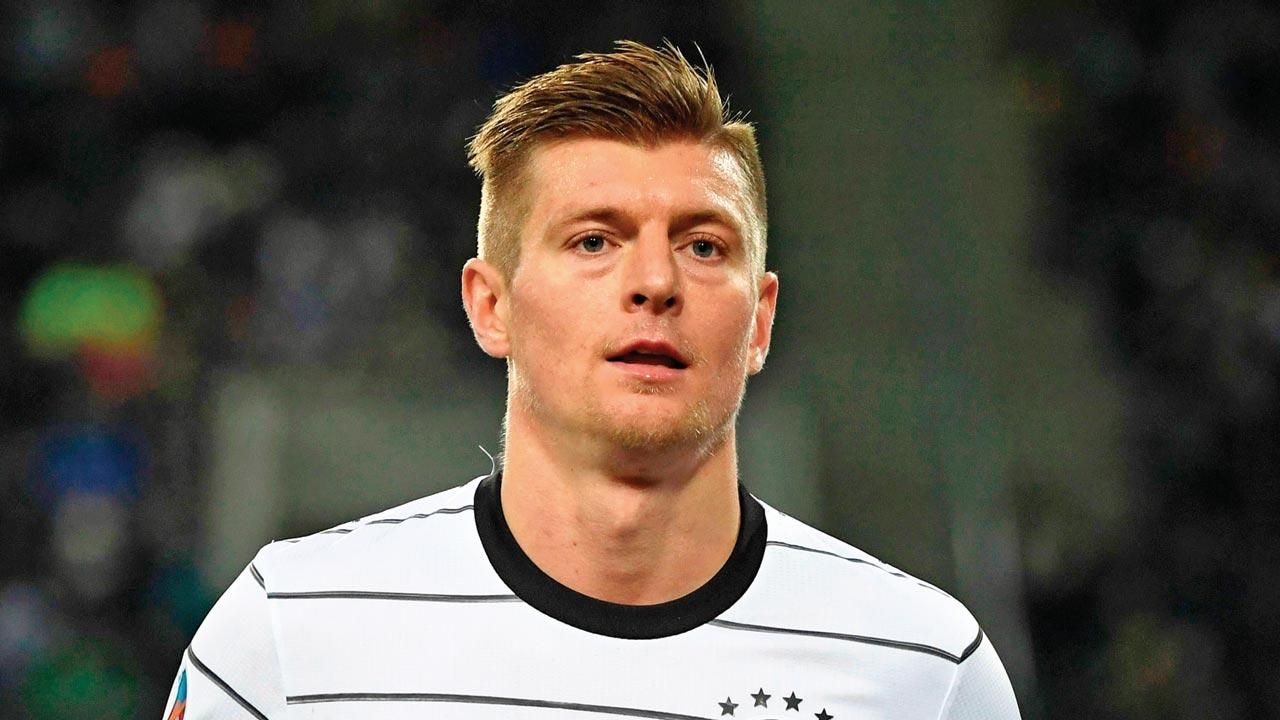 A mid-field maestro, artist, the most precious cog in Germany’s machine- Toni Kroos has announced his retirement from International football after their defeat against England.

With the world cup looming around the next year it is pretty surprising to see Kroos announcing his retirement. At 31 years of age Kroos has still got a lot to offer on and off the field.

With 17 goals and 19 assists in 106 caps for Germans, Kroos has stepped up in moments when his team relied on him and he never failed to deliver.

“I have played 106 times for Germany. There will not be another time”

“I had already made the decision to retire after this tournament for some time. It had been clear to me for a while that I will not be available for the World Cup in Qatar. “

Kroos has been an integral part for the Germans since 2010. Apart from his World Cup triumph he finished third with Germany in 2010 World Cup as well.

It will be crucial for Germany and Flick to find a replacement for Kroos in next year’s world cup. With the likes of Brandt, Reus and Musiala looking for that empty spot.

What’s next for Toni Kroos?

Kroos has set his eyes on his future with the Spanish team Real Madrid. His contract runs out until 2023. Kroos has clarified: “(I want to) fully focus on my goals with Real Madrid for next few years.”

It will be interesting to see how Germany will cope up with such a big loss. Flick’s work load has increased after this announcement. Germany has a big tournament to prepare for but they are running against time.