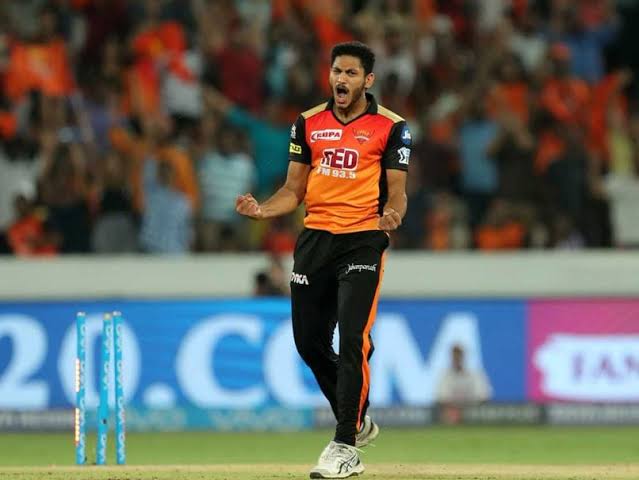 The second half of VIVO IPL is about to begin after being postponed due to Covid-19 cases started to rise in camps of different franchises. Before the season begins here is a flashback of 5 most expensive Indian bowling spells in the history of IPL:

4th October 2020, Mumbai Indians went against Sunrisers Hyderabad at Sharjah. Rohit 'The Hitman' Sharma, skipper of Mumbai Indians won the toss and decided to bat first. Kaul came in to bowl the third over to put more pressure on MI batsmen who had already lost their captain in the first over. Unfortunately, it didn't turn out so well for him. His first ball was smacked away for a four by Quinton de Kock. In the same over Surya Kumar Yadav played beautiful shots to find two consecutive boundaries. The second one was a sublime cover drive, right from the textbook. He got the wickets of S.K. Yadav and Hardik Pandya, yet it wasn’t enough to salvage his performance. Krunal Pandya displayed every shot from his arsenal to score 20 runs in the last four balls of his final over.

Well, some might be surprised to see Sandeep's name on this list. In his early days, Sandeep looked like a prospect. Yet he has found it hard to break into the international squad. Still, at the age of 27, he has a lot to look forward to. Sandeep Sharma who is known for some beautiful swinging deliveries has had some ups and downs in his career. But he hit his worst against Sunrisers Hyderabad which is the franchise he currently plays for. In his first two overs, Sandeep bowled just like what you expect him to. He conceded 13 runs from his first two overs. Nobody in the stadium was aware of the incoming storm. Dhawan and Naman Ojha thrashed Sandeep in his final 2 overs. Dhawan smashed four 4s and a six. After his third over he lost his rhythm and balance. Ojha didn't fail to capitalise when he was brought back into the attack to bowl the 19th over. He went on to concede 26 runs in his final over. A day surely he would love to forget.

Umesh Yadav has proved himself to be an asset for team India. He has some decent figures in international cricket. With an economy of 8.51 and 119 wickets in IPL, Umesh Yadav is capable of changing the flow of the game. Although things looked quite bleak for him in the 6th edition of IPL. Yadav had no answer to King Kohli's performance. In his final two overs, Virat ran riots with his shots. Four sixes and three fours in his final two overs. He smashed boundaries all over the field. It didn't matter what sort of delivery he bowled. Kohli was already on it even before he bowled all the ball. Kohli truly showed his class in that match. Whether it was his trademark cover drive or hitting a six right over the bowler's head. It just didn't matter to him. This was probably Yadav's worst performance in his entire IPL career.

Four days prior Umesh Yadav’s disastrous spell. Ishant went on to hold the record of highest conceding bowler in an IPL match. Ishant held this record for 5 years and 9 days. For him, it was probably one of those off days at work when things are not happening for someone. Vijay and Hussey attacked him in his first two overs. Vijay went on to hit 3 consecutive sixes in his second over. Raina added salt to his injuries. He went on to concede 25 runs in his final over. Six and four boundaries brought an end to his miseries.

This is possibly a bowler's worst dream. It was Thampi who achieved the unexpected. He surpassed Ishant's record of 65 and went on to concede 70 in an IPL match. His first two balls were smashed outside the boundary for a six by Moeen Ali. His first ball was quite loose full-length delivery outside off. Ali made full use of it. The second delivery was better but easily anticipated. 19 runs from his first over probably threw him off his guard. De Villiers and Ali went on with their business. They dominated Basil again. His confidence went down as the number of boundaries increased. All credit to the batsmen. De Villiers whacked a jaw-dropping 105m six. A shot from a batsman showing off his prime game and at the same time intimidating the bowler. Sarfaraz Khan and Colin De Grandhome made sure Basil became the highest conceding bowler in an IPL match.