A must watch: The T10 European Cricket Series 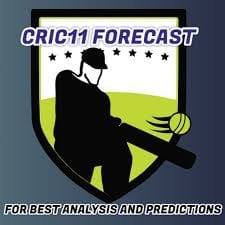 Live match or no live match, Fantasy Cricket Leagues sure know how to keep their fans engrossed!

The T10 European Cricket series is being played in Prague this year and is in its third edition. While speaking to The Social Talks, Namay Kedia, who is the founder of Sports Index, which is a digital Fantasy Cricket podium, said, “I’ve been a massive fantasy sports user myself but never made money on the likes of Dream 11. I figured there has to be a way where the users get to monetize their knowledge of sports. That’s when we came up with the concept of Sports Index where users can trade in sportsmen just like how they made companies on the stock market.” Namay has 138 online followers, but for him, prediction matters more than diction.

Now, let’s talk about different Fantasy Cricket League and how they are keeping their fans and users engrossed especially, in these uncertain times and when the live matches sometimes get canceled or postponed due to the pandemic:

Critic11Forecast gives daily updates on fantasy cricket, and other sports analysis, to its fans and users. Piyush Arora, a 23-year-old law student, is the founder of this platform. He is a passionate cricket and sports lover.

While talking to The Social Talks, Piyush threw some light on what inspired him to start this platform. He said, “The love I have for the game and the analytical mind. And there was a lack of awareness among the youth, about these fantasy cricket leagues. The youths were being cheated on by fake data providers. So to save this from all this mess, I started this platform.” Cric11 Forecast has won many awards for their in a short duration of time.

He has a total of 1 lakh subscribers and is the winner of Multiple Mock IPL auctions. On being asked who is the most successful player on his platform, he said, “Ravi Tomar is the most successful one. And the reason being the hits huge sixes and fours in almost all his innings. Another player is the Czech Batsman Mikulas Stary, who is a keeper-batsman. He played a massive knock in the match VCC against PCK in the T10 European Cricket Series.”

Piyush further revealed, “There is no need of Royal Challengers or Knight Riders when we have the likes of Barbarian Vandals and Spartan Vanguards in these Fantasy Cricket leagues.”

Sports index was launched during the IPL last year. Namay Kedia is the founder of this platform. This platform saw tremendous growth week on week during the first three weeks of IPL, and Namay is looking to carry forward the momentum in the coming years.

When he was asked to shed light on his platform, Namay said, “As our format is a bit different from the traditional format, users are looking for their multi-baggers in the form of the younger generation of players like Devdutt Padikkal and Shubhman Gill. While the players who don’t play often have not found many buyers.”

He further revealed, “The pandemic has led to a massive growth in the fantasy sports business.”

Now that we have talked about fantasy league, now let’s examine what exactly does a “Fantasy Cricket League” means?

This cricket league belongs to the family of the fantasy sports genre. This is an online game that consists of a virtual team of real players, and they score points based on how these players perform in real match-like situations. To win a tournament, a player, needs to achieve the maximum points, and the highest rank, on the table.

He further revealed, “Tournament such as Pakistan VS South Africa or Sri Lanka VS West Indies is a reminder that the sport of cricket has started again and come back stronger in a post-pandemic world.”

While speaking to the Social Talks, Parth Chadha, who is the founder of another fantasy sports podium, said, “Due to this pandemic, the growth and business of my platform have witnessed a massive 4-5 times growth to what it was in the previous years, especially the user base category. Some players have shifted towards other sports such as quiz, rummy, or chess, the true and ardent fans of fantasy cricket still play in the international leagues and have gone on to won crores of rupees.”

Amit Gada, a 35-year-old shopkeeper, is a regular user of fantasy cricket. While speaking to TheSocialTalks he said, “I play around 100 fantasy matches a day. And I play them not just for money, but for, the fun, as well. It gives me an adrenaline rush. I have earner around 8 lakh rupees, and I started playing it in 2017.”

He further revealed, “It is easy to win a tournament as big as the IPL since it contains a lot of young and new players. And before playing every match. I study the pitch condition and analysis of a player from the official website.”

According to a report by the Indian Federation of Sports Gaming, revealed that more than 50 % of the traffic of online fantasy sports belongs from tier II and tier III cities, and as close as 70% of those belong from smaller cities, who use the Fantasy operator platform four times a week or even more than that.

Namay Kedia further said, “A lot of youngsters between the age group of 18-25 years take to fantasy cricket and play with their friends and family.”

He further revealed, “My platform is looking to venture into different sports post the suspension of the IPL such as Football, CPL and Kabaddi. We have to compensate the losses that are minimal as of now thanks to the COVID-19 pandemic.”