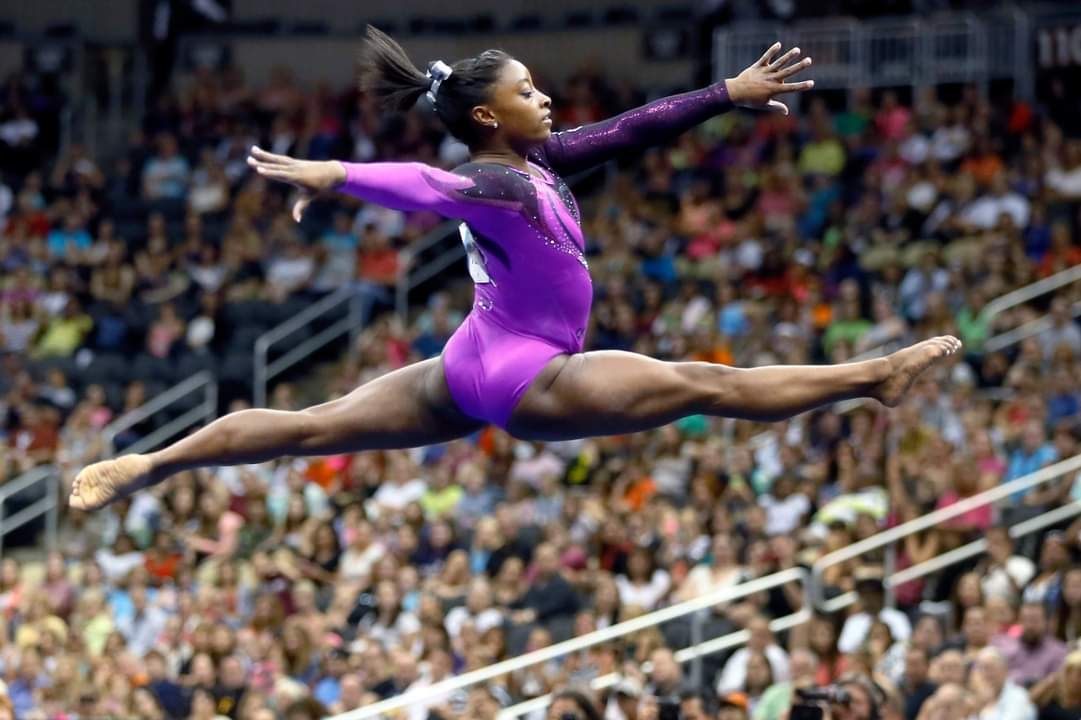 The American gymnast Simone Biles, the defending world champion gymnast, created history when she became the first-ever woman to land a double Yurchenko double pike vault in the GK US Classic in Indianapolis on Saturday. Let's examine who is Simon Biles, and then we will talk about her magnanimous achievement achieved on Saturday.

Who is Simone Biles?

Simone Arianne Biles is an American Artistic Gymnast. She has a total of 30 Olympic, and World Championship Medals in her kitty. Simone is the most celebrated gymnast in the country. And she is only behind Belarus's Vitaly Scherbo and Russia's Larissa Latynina.

Simone is one gymnast with a tremendous number of medals. i.e., 25 medals which include 19 gold medals and she is the gymnast with most world titles.

What is Yurchenko Double Pike Vault?

Yurchenko belongs to a vaulted family of artistic gymnastics. It was named after Natalia Yurchenko in 1982 at a competition in Moscow.

The Yurchenko double pike vault enables a gymnast to do a round-off over the springboard and a back handspring over the vaulting table. Then the gymnast performs a salto (salto is a kind of a somersault) which varies in difficulty levels as in it can be a simple tuck to a triple wrist layout. The Yurchenko double pike vault gave birth to a new vault group, which goes by the name of ‘Round-off with or without 1/2 to 1/1 turns’ in the first round i.e., an entry phase. The second phase includes a gymnast somersaulting forward or backward with or without a long axis in turn.

This vault has different kinds of variations, introduced by gymnasts, in separate international competitions. Till 2019, gymnasts and coaches have managed to create demanding versions of the Yurchenko vault.

All these have been described below:

The Scoring Scale of Yurchenko Vault

The scoring scale of the Yurchenko vault goes on to 10.0 points.

Below are some scoring points for some vaults:

• Yurchenko Back Tuck: This vault is given 9.5 points.

• Yurchenko Back Pike: This vault is given 9.6 points.

• Yurchenko Back Layout: This vault is given 9.75 points.

• Yurchenko 1/2 on front pike: This vault is given 10.0 points. So, this is the most scoring vault among the ones mentioned above.

This vault has fewer elements that are being performed. This vault consists of few skills like; a floor routine, which can have a lot of variety of skills in itself.

Landings are considered the same, keeping the other events in mind. But the landing of the Yurchenko vault is hard to perform as there is less benefit of a doubt for a short landing. These are usually overlooked and maybe sometimes forgiven after an ordinary beam routine.

Small steps for landing will be given 0.05 points, while lunges, will be given 0.1 points. Hops are marked harshly because sometimes they look as if there was a lack of control. A bunny hops or small hop is marked with 0.05 points.

For short landings, if the posture is not correct, for instance, if a gymnast is landing far too forward or is piked down, making the full flip will be incomplete, hence, the marks would be deducted. Uncontrolled landings receive many marking deductions.

This sport is done in a layout position. And is judged for a perfectly straight body. When a gymnast is performing a layout position, and a pike is found, then the marks would be deducted depending on the rotation of the pike. And its severity and could go on to remove nearly as 0.05 points. When a pike occurs before a landing, it could be overlooked, and the gymnast can get away with it.

‘Flaring’ occurs when a gymnast opens or extends their arm after a rotation is ended and prepares themselves for the landing. It looks pleasant and also implements that the gymnast is well aware of the timing of their landing in a triangular shape. Sometimes, landing in a piked position can also lead to the deduction of marks.

A gymnast is judged based on their flight off the table. It shows their repulsion and completion of the vault. If the amplitude is not complete, they would end up making a short landing, and could also get their marks deducted. No specific height is set, but a gymnast must know that all the twists and rotations are completed and that the hips are in alignment or above the table. 0.05 mark is deducted if a vault is not performed with the correct amplitude.

A gymnast should reach the desired distance as they are being judged if they fail to hit their head on the table.

While speaking to TheSocialTalks, Simone Biles said that she feels ecstatic, as she could not believe that she has created this record.

On asked as to what was going on in her mind when she was performing and preparing for the vault, she said, “All I could think was just do it! After a very long time, I had entered the arena. I just wanted to enjoy.”

She further revealed that she practices for up to 8-9 hours daily to perfect all her stances and positions. She was excited to know that NBA superstar LeBron James tweeted a picture of her practicing the vault and raised heaps of praises.

She said, “Definitely, it feels nice when legends like him talk about you on social media.”

On being asked about her preparations and if she was nervous about the Olympics holding in a pandemic year, she said, “I am looking forward to participating in the Olympics. I am sure the concerned authorities will work hard to ensure that there are none to minimal cases of CIOVID-19 once the mega-event begins. I am sure the bio-bubbles would be tightly secured.”