Anthony Joshua is expected to avenge his defeat when he goes against Oleksandr Usyk. 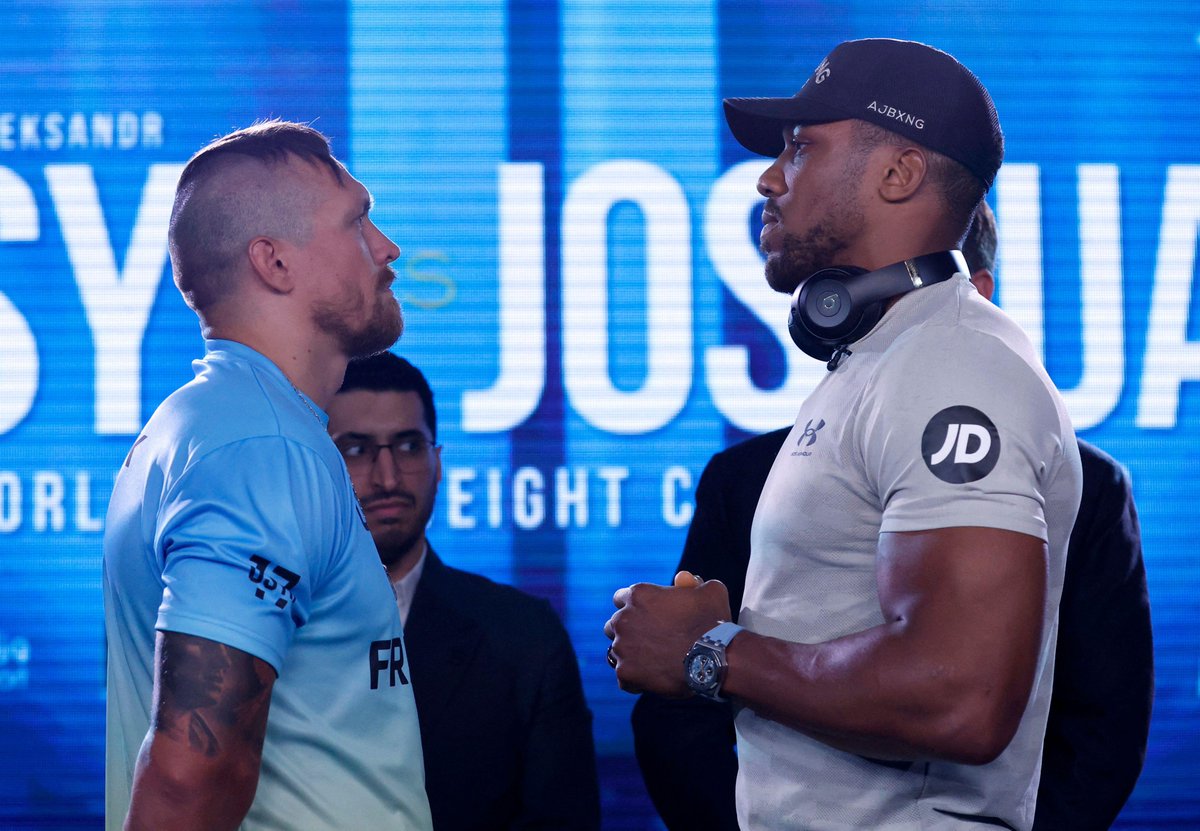 The boxing world awaits as Joshua and Usyk prepare to go face to face once on 20 August 2022 in Saudi Arabia. Joshua looks to avenge Usyk after losing the previous fight last September, a bout held at the Tottenham Hotspur Stadium, London.

The two-time heavyweight world champion last the bout via a unanimous decision. However, the Watford-born fighter has formed a new team.

Joshua brought Robert Garcia to his team to join Angel Fernandez to help him prepare for the bout. As well as Cruiserweight Richard Riakporhe.

Rinpoche held the British Cruiserweight title from 2019 to 2020. Fernandez trains him, and Garcia is in his corner for his last fight. It can be said that Joshua's team is well combined with experience.

The former Cruiserweight champion shared his thoughts on Fernandez and Garcia.

"Both of them [ Garcia and Fernandez] have a similar mentality – very aggressive. Very aggressive coaches, that's their tactics. They don't mind going in", Riakporhe told Sky Sports.

"All they care about is going into war, but with intelligence. But we're going to have to impose our will on our opponent. That's the philosophy, and it's all about knockouts.

"Garcia, one thing that I've learned about him, he does bring that mentality, that Mexican style mentality – it's okay to take one, to give them two".

Joshua has an impressive record of 24-2. He lost his IBF, WBA and WBO heavyweight champion of the world for the second time when he fought Usyk. He lost his first title in a shocking stoppage to Andy Ruiz Jr in June 2019.

The former world champion, Johnny Nelson, believes Joshua can win the bout against Usyk. He is confident that Joshua has everything in his arsenal to emerge victorious.

"This is not an impossible task. It's possible. AJ's got to go in there with the right mindset, the right game plan", Nelson said.

"This is a fight he can win and become a three-time heavyweight champion of the world.

"Look at the last fight. Look at the state of Usyk when he came out. Usyk looked like he's been hit by a bus even though he won, and AJ lost.

"AJ now has to go in and do what he does. Go in and fight his fight. So let's see if there's a difference. Use that height; use that range, that ruggedness about him.

"If he uses that, I cannot see him losing. Yes, the hullabaloo is there about Oleksander Usyk, but he is beatable. It can be done".

This clash will be very tasking for Joshua, but his team is confident that he will get the job done this time around. We will have to wait until the fight commences to see who will walk victoriously.

Ryan Garcia wishes to go in the ring and fight Gervonta ‘Tank' Davis.