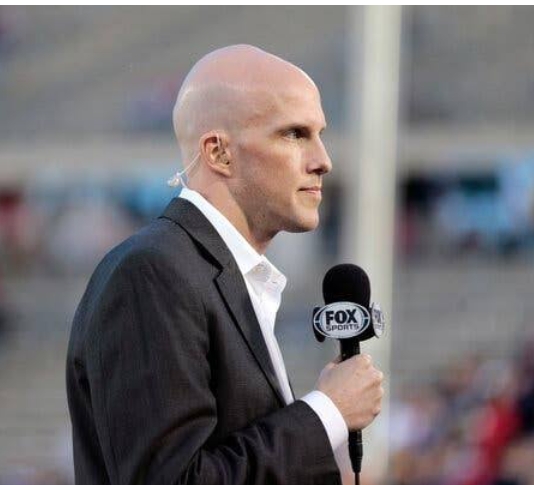 Grant Wahl was a member of the US Soccer family and has devoted two decades of his career to the sport covering 11 World cups both men and women included. His untimely and shocking demise has left everyone mourning.

While covering the Argentina and Nottingham match, he collapsed and people surrounding him called for an immediate medical team which arrived soon and did whatever they could. Later he was transferred to Hamad General hospital where he bid his goodbye to the world.

Many heart-pouring condolences came from the US Soccer family. The US soccer Twitter handle tweeted

"The entire US Soccer family is heartbroken to learn that we have lost Grant Wahl".

US Soccer highlighted his contribution to the sport and further said

"Grant made soccer his life's work, and we are devastated that he and his brilliant writing will no longer be with us."

His colleagues who knew him in and out praised his personality and spoke of his legacy.

"For Americans, Grant Wahl is the first person you read covering soccer. He was kind of the only person for a while ... Grant was the first person who really paid genuine attention to this sport in a meaningful way," Wittyngham, his podcast co-host, stated. He reported to Wittyngham that he is feeling ill and tight-chested during the episode of the tournament. Wahl took it as stress and sleep deprivation consequences, still, his death cause remains unknown.

Grant Wahl was an ardent supporter of LGBTQ and women's soccer. He recently came in news for wearing a rainbow t-shirt and henceforth denied entry in the stadium by the guard who told him it's not allowed and he has to change the shirt. Wahl wrote on his website that he will not be leaving his stand and will wear it again. He joined the Sports Illustrated publication in 1996 as a junior reporter and with time and sincerity, became their chief sports journalist covering 8 consecutive World Cups. The staff mourned his death and stated

"We were proud to call him a colleague and friend for two decades -- no writer in the history of (Sports Illustrated) has been more passionate about the sport he loved and the stories he wanted to tell,"

His work and dedication even earned him recognition from FIFA and AIPS just a few days before. His special attention and true passion for soccer were also appreciated by Major League Soccer and the National Women's Soccer League who also showered their condolences and contemplated the loss to the journalism sector and Soccer family.