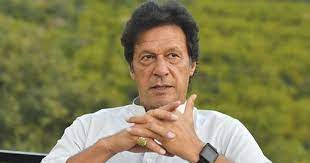 Pakistan Prime Minister Imran Khan in his interaction with the Middle East Eye has conveyed his opinions which were hinting at dissent when he spoke about how frustrating it was when cricket in Pakistan which was resurging after Covid-19 struck the world in 2020 had taken another couple of setbacks when England and New Zealand had pulled out of the scheduled tour with the latter withdrawing for security reasons just moments before the coin was tossed for the first ODI match on 17th September 2021 at Rawalpindi Cricket Stadium.

Imran Khan who is a former World Cup-winning captain of the Pakistan national cricket team spoke about how the country needed support from boards across the globe to help bring the game back to their land which has produced one of the finest players in World Cricket. Khan focused significantly on how this wouldn’t have been the case had it been India; hinting at the powerful stature of the BCCI. Khan stated that money plays a significant factor nowadays for the players and their respective boards and how it is the biggest incentive in the sport and India produces huge sums of it and is the richest cricket board in the world that controls the game.

He also shed some light on how Pakistan toured to England in 2020 and 2021 during tough times because of the Covid-19 lockdown despite it being unsafe and how vulnerable the state of humanity was back then. ‘’They should consider what if other countries had given them the same treatment’’ he distressed. According to the 1992 World cup winning captain, teams like England think they perform a favour by playing in Pakistan and can withdraw anytime the moment they feel otherwise.

Imran Khan left a sense of exasperation dismissing the claims of bomb threat as alleged by the New Zealand team when they withdrew on the day of the first ODI. He further added ‘’Our topmost priority will always be the safety and protection of foreign teams that tour to Pakistan. Imagine if something happens in Pakistan we are accountable while we have one of the best intelligence agencies in the world’’

A couple of days ago, former West Indian fast bowler and legend Sir Michael Holding had voiced his opinion on the issue stating that teams have displayed their western arrogance while turning down scheduled tours to countries that are not financially stable as some of the other powerful nations. He further added that the same treatment would not be given to India as they dominate world cricket at the moment.

A Day to Day Rundown of The Queen's Platinum Jubilee