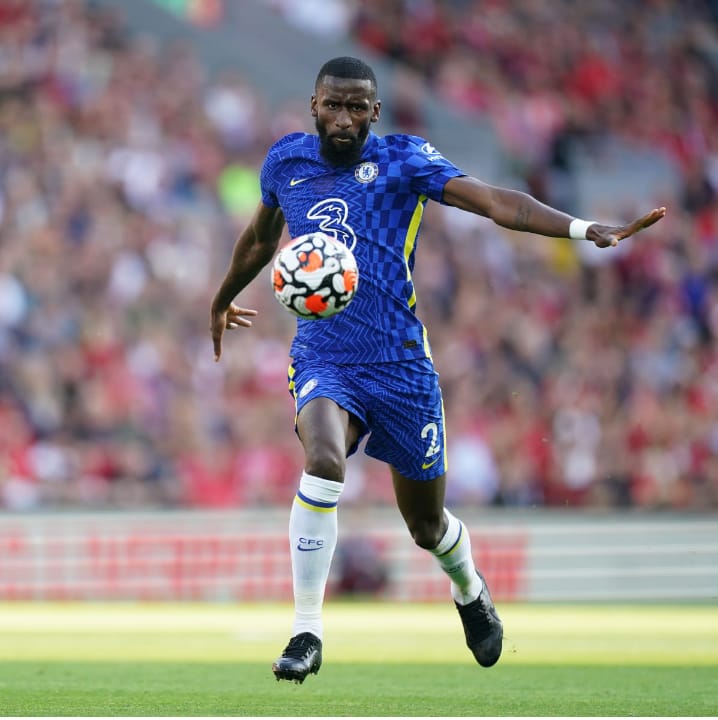 The highly-rated and Chelsea world-class defender, Antonio Rudiger who is has emerged as a primary target for several European teams is demanding a £30 Million signing fee.

Antonio Rudiger has made his final demands clear to his potential and prospective suitors as he prepares to leave the London based club Chelsea FC on a free transfer. The German soccer star is in the final few months of his contract with Chelsea and looks poised to depart from Stamford Bridge on a Bosman move.

While Chelsea has been trying to extend his stay by offering him a new deal, the German international has so far rejected the offers from the London based club.

Rudiger tables down a financial package that he demands from his potential suitors, claiming that he wants a £30 million signing on fee and a basic wage package of £6 million per year after taxes.

Antonio Rudiger's situation has alerted some of the biggest clubs across Europe, with Spanish giants Real Madrid CF, England’s rivals Manchester United and French giants Paris Saint-Germain heavily linked with a move for Rudiger. Rudiger is currently at the peak of his form having already won the UEFA Champions League, UEFA Super Cup and recently crowned the Club World Cup champion all with Chelsea he is renowned for his aggressive defensive qualities and an eye for goal in set-pieces.

Real Madrid is in the market for reinforcements at the back due to the lack of quality options in heart of defence beyond the first-choice centre back pairing of David Alaba (Austrian international) and Eder Militao (Brazilian international).

Paris Saint-Germain is on the lookout to add more quality and bolster their squad as they look to build a team capable of conquering Europe.

Manchester United have also emerged as strong admirers of the 29-year-old defender as they look to resolve the defensive woes that have plagued their defence throughout this season. Harry Maguire, the captain of Manchester United, in particular, has been utterly poor all season and could be shown the doors at the end of the season to open up space for Rudiger.

Antonio Rudiger has proved to be an important player in the Chelsea defence forming a solid partnership with Thiago Silva (Brazilian defender) and Andreas Christensen (Danish international) at the heart of the defence.

Chelsea being sanctioned by the UK Government

Rudiger wants to secure his future after the London based club was sanctioned by the UK Government following the freezing of Chelsea owner's assets, Roman Abramovich of Russia. The owner of Chelsea's assets were frozen following the Russia-Ukrain recent war after allegations against him claiming that he is friends with the Russian President, Vladimir Putin forcing him to put the club on sale as he is banned to enter the United Kingdom.

Chelsea’s shortlisted bidders for the sale of the club

The Chelsea bidders who have reached the deadline of four have since been given a new deadline to make sales by the UK Government. The Ricketts Family, Sir Martin Broughton, Stephen Pagliuca and Todd Boehly are the four shortlisted bidders for the sale of the club and the Raine Group has since permitted the bidders to increase their offers for the club.

The NY based bank has also informed the bidders that also meet with the Chelsea management to tour the club and its facilities as the bidding day come as per due diligence in the process.

The process is set to turn to more like an Auction with the club set now to be sold for closer to the 3 billion Pounds (British currency) which was the original price that Roman Abramovich had placed before.