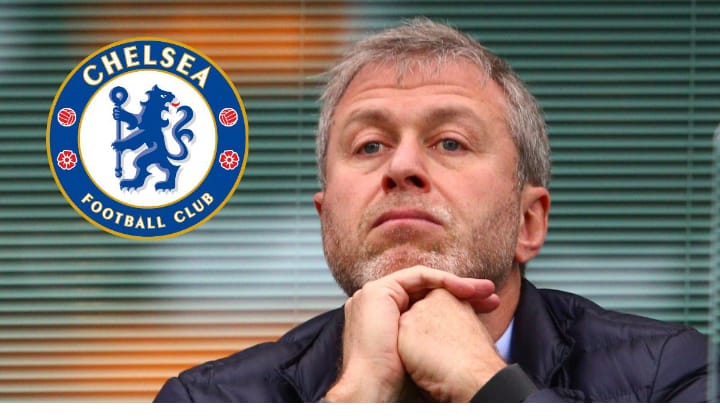 The Russian oligarch and at least two of the other peace negotiators have suffered some symptoms such as peeling skin and also tearing, bloodshot eyes and more.

The embattled outgoing Chelsea FC owner alongside the Ukraine peace negotiator earlier this month met as per reports to discuss and figure out a possible way of making peace between Russia and Ukraine war that has since affected and taken many innocent lives.

In the wake of this Russian invasion of Ukraine, a sale of a London based club owned by the Russian billionaire, Roman Abramovich is imminent as a result of the said closeness between Abramovich and the Russian President, Vladimir Putin.

It is worthy to note that Abramovich has been a vital part of the secret peace talk between the two nations and these talks is believed to be a way to restore his image after the sanctions from the UK Government and EU (European Union).

Shuttling back and forth in Moscow (Capital City of Russia) and Kyiv (Capital City of Ukraine) since the start of the war, it is not clear and known if the suspected attack was a result of a Biological or chemical agent or an electromagnetic radiation attack. It is important to note that the UN recently asked biological laboratories of Ukraine (mostly US sponsored) to stop production of bioweapons. The UN gave no explanation as to why and on what evidence was this instruction was issued.

Although the president of Ukraine Zelensky who has met with Roman Abramovich in the past few weeks was reportedly unaffected by anything.

Chelsea were initially banned from selling their home games' tickets but the UK Government has since reversed their decision and allowing the London club to proceed with the ticket sales for their upcoming matches.

Ticket sales will begin from today for season ticket holders. Tickets will then go on sale to members on a loyalty-point basis. Full ticket details will be found on the club's official website for purchasing.

Hospitality season ticket holders will be able to buy a ticket only in a hospitality area for the game, but not a package. Light refreshments can be purchased on the day of the event.

Coach travel will be sold for the fixture, but unfortunately due to the terms of the licence travels will not be subsidized therefore it will be at the full cost of £29.

Chelsea is expected to receive a total of 1800 tickets which will be sold at loyalty point basis. The allocation is reduced due to security reasons while Real Madrid's stadium (Estadio Santiago Bernabeu) is being redeveloped. There will be no ticket collection point at Madrid. Tickets will then likely to be collected at the Stamford Bridge (Chelsea FC's stadium) with details to follow in due course.

All season ticket holders will attend. Unfortunately, no further tickets will be sold to Chelsea’s remaining home matches.

Tickets for Chelsea women’s game against Reading Women at the Kingsmeadow in West London will be on general sale from tomorrow, Wednesday 30 March at 10am. Full ticket details will be found on the club’s official website.