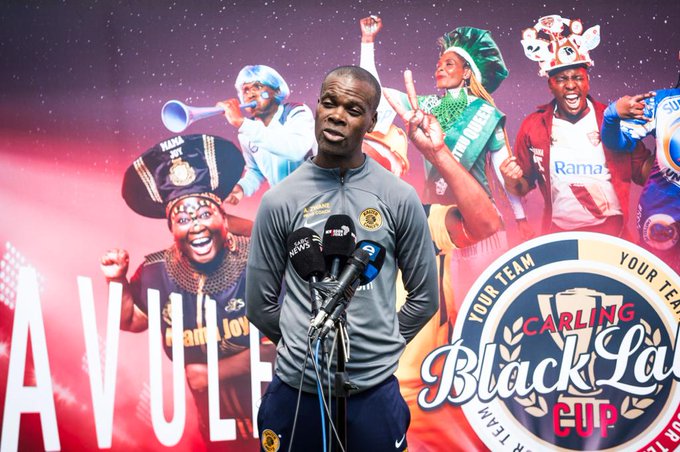 The international break has commenced as the Dstv Premiership came to a close. On Tuesday, Bafana Bafana head coach Hugo Broos announced his 23 men’s squad that will represent the country against Mozambique and Angola on the 17th and 20th of November 2022.

The Bafana Bafana coach Hugo Broos has selected a robust set of players, with a mixture of youth and experienced players. The new faces of Khanyiso Mayo, Mihlali Mayembela, Kgaugelo Sekgota, and in-form Orlando Pirates playmaker Monnapule Selling have graced the squad with their presents.

However, the Kaizer Chiefs coach believes Yusuf Maart can be selected to present the country. He believes the midfielder could have made it to the national team because of his performance.

Even though Bafana Bafana Coach has overlooked Maart, the Amakhosi coach respects the decision that has been taken because he knows which players he needs to do the job.

“That’s football; we respect the national team’s opinion. He knows the players that he wants and how he wants to play, and we have to respect that and give him the support that he deserves it. Yusuf, for me, has been doing well; I know that as time goes on, he will also improve as a player. Also, it will depend on the coach as to whether he will select him going forward, but, as you know, the national team is more individual performance based on you being set.

“I think that alone will help Yusuf as well to look at himself, and we as coaches can help him improve his game, and I have no doubt that he will return to the national team because he has the quality,” he said.

Bafana Bafana coach Hugo Broos has selected Njabulo Blom, Teboho Mokeona, Luke Le Roux, Monnapule Saleng, and Miguel Timm. Nonetheless, Miguel Timm and Teboho Mokeona will be the only decisive players in the defensive position that will be utilized. Maart’s presents could have amplified the depth of the midfield.

The Cape Town-born player Maart has made 14 appearances and played 1.171 minutes for the Soweto Giants in all competitions.

The Bafana Bafana coach has been criticized for the inconsistency of his selections and preliminary results. Hugo Broos has a poor record against Angola, with two losses and 0 wins in 2 games since he has been in charge of the national team.

It could be said that if coach Hugo Broos loses these games, he might be sacked. Nevertheless, this time around the country will have to wait and see how things will unfold after these international games.