Conor McGregor’s comeback looming as a possible fight against Charles Oliveria is on the horizon. 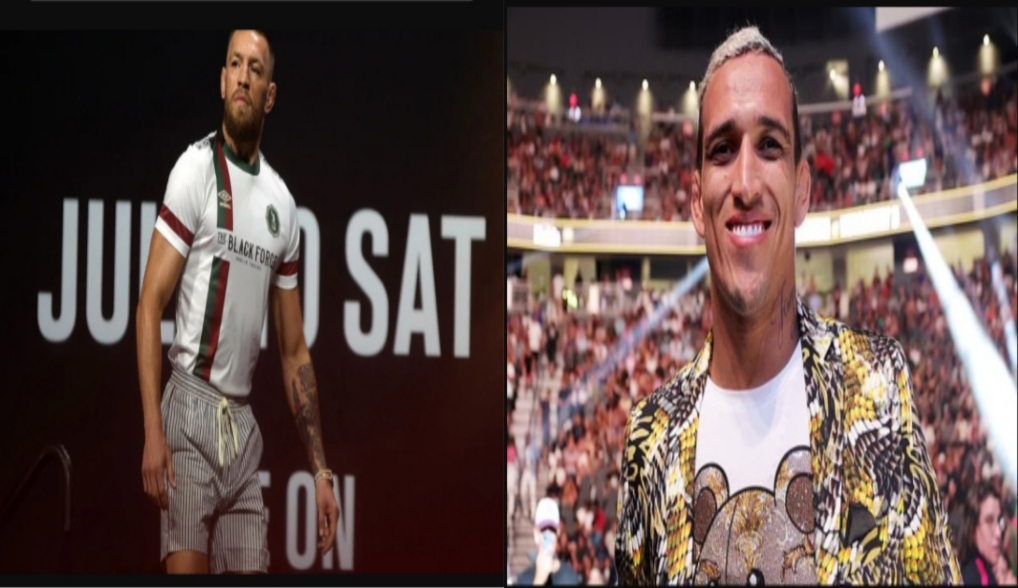 Conor McGregor has not fought since suffering a fractured tibia and fibula at UFC July 2021 in a trilogy fight against Dustin Poirier.

It appears that his return to action might be closing in as the MMA superstar has announced that he has intentions to compete in the welterweight division moving forward.

The former lightweight champion has set his eyes on Charles Oliveria before moving to the welterweight division. McGregor might get the outcome that he desires, as he triggered a reaction from Oliveria.

“People are talking about it so much. I think they might want it to happen. For me, it’s not specifically.

The Irishman responded to the Brazilian MMA fighter stating he would like to fight but refuses to cut weight.

“I’m not sure if I wish to cut the weight. I am really enjoying being built like a refrigerator. I feel I want to fight at this size just to watch it back lol. But I'd love to fight the Brazilian, 100%! I love Brazil and I’m unbeaten against Brazil. All KO's. I’ve some thinking to do”, McGregor responded.

Oliveria last fought in May 2022 against Justin Gaethje. The Brazilian won the fight in the first round with a submission near-naked choke.

Even though “de Bronx” won the fight, he lost his title on the scales due to not making weight.

A possible battle looming between the Irishman and the Brazilian, we will have to wait and see as time goes by.