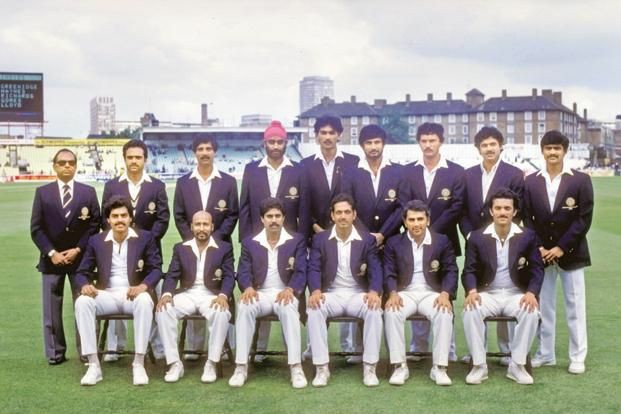 India got its independence back in 1947, an actual movement that lasted for an extended period and was finally achieved. It was a joyful victory for oneself and our nation, which can still be felt. But there are many battles and disputes to be won, whether among people of different cultures, religions, and ethnicities or about how to run a country while giving equal and total value and importance to all its citizens and growing together. In a way, it can be said that the central part of the battle was still to be won.

In all the situations and riots, people are trying to create their own space for themselves and their communities. There were a lot of gaps and violent ways, which were dealt with slowly and steadily. Still, the nation's growth didn't stop, which included everything from parliament to law enforcement to science to entertainment and sports, even in world relations. An increase in every sector was one factor that helped India create its concrete identity all around the world. In the places where people envied each other and understanding between various cultures was getting difficult, the thing that got all the attention and the one factor (the love for one's nation) that brought them together was cricket.

Many Indians view cricket as a sport that is taken as a religion. It is a sport that brings people together in front of a television or radio and shares the happiness of watching our nation's team play together. All of this happened because of the iconic and historic win by the Indian team in the 1983 World Cup. The team that came from India, where they were merely a laughing stock and misjudged repeatedly, was the team that made history by defeating the two-time champion West Indies and making a mark on the whole world. Kapil Dev led the 1983 Indian Cricket team. The team players were Mohinder Amarnath, Kirti Azad, Roger Binny, Sunil Gavaskar, Syed Kirmani, Madan Lal, Sandeep Patil, Balwinder Sandhu, Yashpal Sharma, Ravi Shastri, Krishnamachari Srikkanth, Sunil Valson, and Dilip Vengsarkar. Players from different cultures coming together to play for India show their love for one's nation and its people, making it unique.

Back in 1983 (the third year of the World Cup), it was a tough start for the Indian team, as because of the past two years of play, no one took the players seriously. But still, with so much negativity and almost no support or motivation, they played together with their heads held high. The first match of the '83 World Cup against West Indies was a turning point, as West Indies were the defending champions who had never lost a single game since the World Cup started in 1975.

India broke this streak, and this was the victory that was the start of their becoming champions. Kapil Dev, the captain of the '83 cricket team, also broke a world record by scoring 175 runs against the Zimbabwe team at Tunbridge Wells, England. With a few losing and winning when India made it to the finals against the West Indies, almost everyone was surprised and delighted. That day in India was like a festival where Indians from all cultures, ethnicities, and religions sat in front of their televisions or radio sets as one nation to watch their team in the World Cup. And this has changed various people's perspectives and helped people understand one another and live in harmony.

On June 25th, 1983, it was like Diwali came early in India. All that was seen were fireworks, sweets, people dancing on the streets, and celebrations all around the nation as India won the World Cup. The festival went on for days, and it was indeed a time to watch and remember. That was also the time to grow as Indians too. Since then, cricket has always been the heart and soul of Indian sports and Indian people. Even in December 2021, Indian cinema gave us the movie "83", directed by Kabir Khan, which showed all the details and the emotions of Indians and the team in the 1983 World Cup. Every Indian around the globe left the theatre with pride. A head held high for India and being a proud Indian.

Technology has changed, people's leaders, the environment, and even a few laws have changed, but cricket remains constant. It can be said that history repeated itself when, in 2011, India brought the championship back home under the captaincy of MS Dhoni. Everything was back again, the same as in 1983, with everyone sitting together for the match, eating, having fun, cheering for the team, and celebrating the whole night after winning the World Cup. India has seen various exceptional cricketers like Kapil Dev, Sachin Tendulkar, MS Dhoni, Virat Kohli, Rohit Sharma, etc. They all have one thing in common: they make India proud and take the Indian cricket team up and up.

Whether it is a World Cup or a test match, the passion for the sport has been maintained for decades and will continue to be so. Even in current times, people are stuck to their televisions or mobiles as the season of IPL (Indian Premier League) is on. Everyone is cheering for their favorite teams and players, going to bars or restaurants to watch matches. Still, it all comes down to the conclusion of being with one another and enjoying the sport of cricket together. There are always situations and ways people need one another in harmony, and cricket is a source that has been connecting everyone with a warm feeling in their hearts and love for the nation.