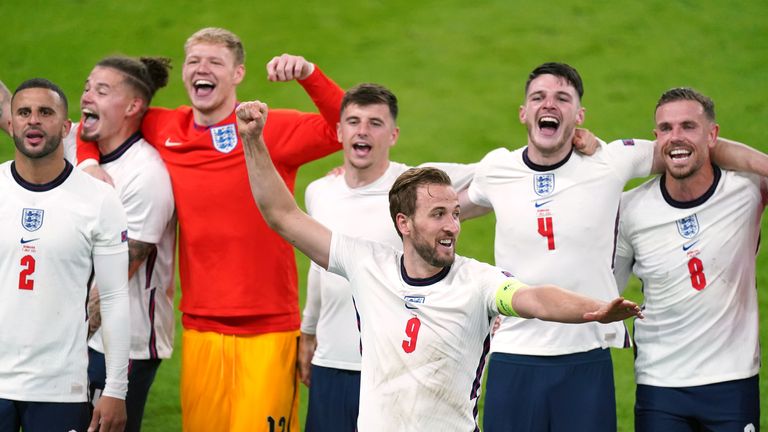 England makes it to their first major finals since 1966 after defeating the Danes in the Euro 2020 semi-finals. The Three lions walked onto the battlefield as the favourites of both teams. Southgate’s cavalry has produced consistent and monumental performances throughout the competition. On the other hand, after a bitter start to their campaign, Denmark made a surprising comeback as they barely qualified for their group.

Sterling being the backbone of England's attack centred its attack around him. England, with their grit and intensity, kept the pressure on Denmark’s defence. Half an hour into the game, Denmark turned the tables around as Damsgard produced a thunderbolt from a long-ranged free-kick to get Pickford for the first time in the competition.

Although the lead didn’t last long, it took England 9 minutes to bring parity. Saka fired a cross into the middle of the box. As Sterling waited for the ball, Kjaer came in sliding to find the back of his net.

The second half was a lot livelier than the first. The tactical approach to a game took a backseat. The adrenaline thrill was what kept the players going. It turned into an end-to-end game. Both keepers were tested to their limits. Dolberg forced out a strong save from Pickford. While Schmeichel managed to divert Maguire’s header with his fingertips after a perfect cross from Mount.

As extra time looms closer, the fatigue starts to kick in. As the first half of extra time came to a close, Sterling made his way into Denmark’s box, twisting and turning between defenders. Maehle came in with a challenge to bring Sterling down. Captain Harry Kane stepped up to take the spot-kick. Schmeichel with nerves of steel saved Kane’s penalty, but his moment of glory merely lasted a second. Kane, with his striker’s instinct, scored on the rebound to score the winning goal. Schmeichel saw his effort go in vain as England secured the lead.

England’s win was followed by controversy as fans believed Sterling dived to earn the spot-kick. Even though the VAR confirmed the foul, the decision was upheld. England will face Italy in the final of Euro 2020 at their home ground-Wembley stadium. English fans' hope will be running high as they continue to sing it is coming home.

A “convert to Islam”, kills 5 in Norway. Suspected terror attack.