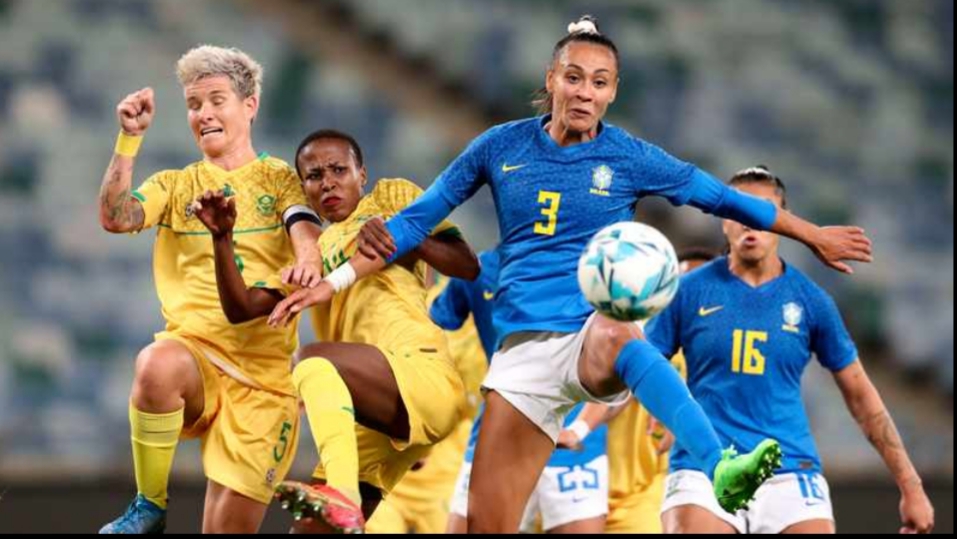 The reigning Women African Cup of Nations champions hosted Brazil in successive friendly matches at the Orlando stadium and Moses Mabhida Stadium. It must have sent shivers down the spines of the South African technical staff as the 9th ranked team Brazil dominated the hosts to a 9-0 aggregate defeat.

The Banyana Banyana, coach Desiree Ellis has said that the back-to-back losses to Brazil in the friendly games shown her that there's still more work that needs to be done. The WAFCON champions are preparing for the 2023 World Cup that will be hosted in Australia and New Zealand respectively.

Ellis has assessed the team's performance and has justly called them out for their careless mistakes in the friendly games.

“The mistakes that we make, top teams like Brazil pounce on. All around the result wasn’t great but we are better than that. I explained to the players that this level way up from WAFCON”, said Ellis.

“There were a few positive moments but the negative moments outweighed the positive ones. We need to minimize our mistakes that are costing us dearly at the moment. We make mistakes and conceded, so that has to be better.

“It's not a team mistake, its individual errors, its decision making under pressure. That’s what needs to be better because when we go to the World Cup, the pressure is even going to be more. We have enough time to get better and hopefully we can get better”.

The Banyana Banyana coach has admitted that some of the players are lacking the firepower to continue with the team. Going forward some players are in danger of being dropped from the national team.

“A lot of players were tested, we still have to sit down and look at the footage and see who goes with us on our journey, who we release and who we bring in. Not happy with the result”, says Ellis.

Only time will tell which players are at risk of losing their positions on the national team and which new players will be brought on board.

Meanwhile, if SAFA wants their team to be in better shape, they will have to seek out more world-class opponents to play against Banyana Banyana before the World Cup commences.

SAFA announced that they have paid the bonuses to the Banyana Banyana Players.