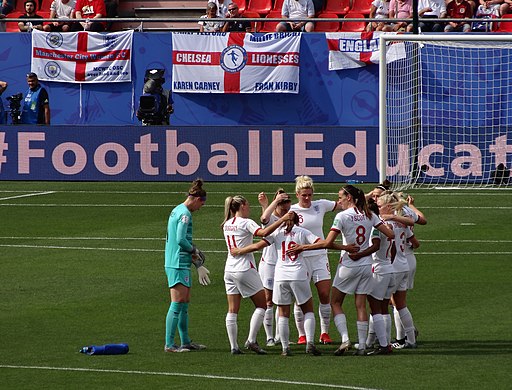 England’s Women’s team celebrate a historic victory beating Germany 2-1 in the final. After an intense lead-up to the finals, the Lionesses won an international tournament for the first time since the men's World Cup triumph of 1966.

Ella Toone and Chloe Kelly scored the goals that secured a victory for England. Despite a recent injury, Chloe Kelly achieved her first-ever international goal in the second half of extra-time.

In celebration she took her shirt off and ran celebrating with her teammates, inspired by Bobby Zamora’s winning goal celebration in 2014. Kelly’s reaction to shooting the winning goal will remain an iconic part of history in football.

In an interview she said:

In addition to winning the international tournament, English player Beth Mead was awarded the Golden Boot for her performance throughout the tournament.

A record crowd of 87,192 attended the game at Wembley Stadium. With an audience of 17.4 million, it is the most-watched women's football game on UK television and the biggest event on UK television this year to date.

Former footballer and Lioness Alex Scott became emotional as the game came to an end, she stated:

"Do you know what this moment reminds me of? 99' Women's world cup when USA won that. It changed the face of soccer and football in America forever. Gabby, I feel it, this is a moment in England that... this is the moment.”

Sarina Wiegman, the manager of the team dedicated the win to her late sister. She commented on the triumph: "We changed society."