Euro 2020 semifinals: Who will qualify for the semifinals between Switzerland or Spain? 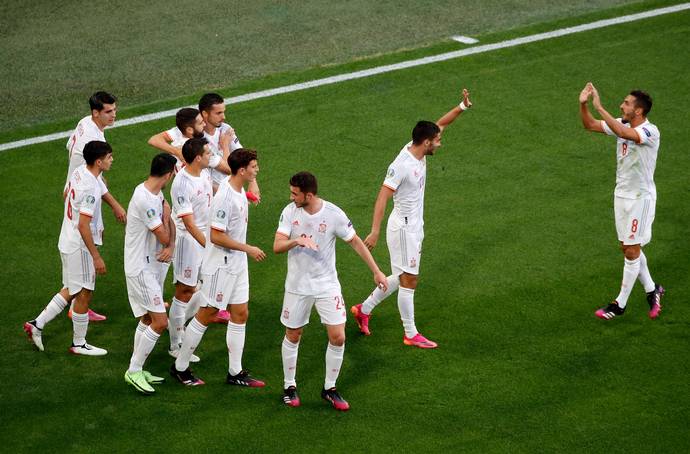 It will be an interesting match to watch as it's the Quarterfinal match between Switzerland and Spain and it's difficult to say as to who will qualify for the semi-finals.

Both the teams have an adequate amount of bounce ability and resilience in them. Just 15 days ago Switzerland was thrashed badly by Italy and was almost thrown out from the tournament.

And just a few days after that, Spain was also not in a good position, as they were thrashed by Poland’s Lewandowski’s and their match against Sweden was also tied.

Moreno didn't miss a single penalty this season, but he had to give in the suffocating heat of Seville and Alvaro Morata on the other hand, who did score goals but was trolled brutally on social media. Many experts were doing the permutations and combinations calculations as to whether the 2012 and 2008 champions were almost about to be thrown out from the tournament. It could have been possible that La Furia Roja could have needed some encouraging words as ex-Dutch player Rafael Van Der Vaart’s failure to block Andres Iniesta’s goal during the 2010 World Cup final.

During a recent interview with the Times of India, Coach Luis Enrique said, “I am 100 percent sure that we are considered as a bottle of Champagne which is about to explode.”

During the 12th minute of the final group E match against Slovakia, Martin Dubravka saved Morata’s penalty and this turned into a heated moment between both the players and both of them exchanged words.

Ever since, Spain hasn’t stopped scoring goals, especially when doubts about Spain's existence in the tournament was growing. But Spain bounced back in the tournament by scoring two goals. The initial games were like warm-up matches with players like Unai Simon, who saved the team from dents and scratches and also saved players like Morata, who was going through a rough patch.

And as far as Switzerland is concerned, since 2014 the team under Sarajevo-born coach has guided in every group stage match and the obstacles that came along their way as their future looked bleak after the devastating defeat against Rome. The team was called "a flop team", and they had just gained 4-5 points. But under the leadership of their new mentor, who is an immigrant himself and has also worked as a social worker, who also had his shares of obstacles in his life, encouraged his players and said, "We've got one more match left and just three points could help us to get to the next round."

The Swiss newspaper Schweiz am Wochenende reported his apology as saying, "I would like to apologize to you, to us and to 4,000 Swiss fans who had come to Rome to watch the match. And I promise in the next match against Turkey, we will hop back to the pitch again, so that we can have a happy Sunday evening.”

It was a night of rollercoaster for the team in Bucharest as the match against France started on a good note, but there was a missed penalty, a near-death blow, and the last-minute resurrection.

Now let’s analyze how the Swiss team can book a place in the semi-finals.

Luis Enrique, who is the coach of the Spanish Football team, has described Switzerland as one of the hardworking teams in this year’s Euro season, even though they do have some household names and also thinks that the match against Switzerland would be an interesting one.

After the 1954 World Cup, it will be for the first time that Switzerland would be participating in the quarter-final in a tournament like this and that too by defeating the World Champions France and the score of the match was drawn until they won the penalties.

During a news conference on Thursday, Luis Enrique said, "It will be quite challenging to play against them, they don't have many big players and even the fans aren't aware of them, but they have a good blocking ability. They are at our level because they have a good attacking side and their coach Vladimir Petkovic is just amazing."

During the National League last year, both the teams had faced each other twice and Spain had won in one match, which was held in Madrid, but in the away game the match ended in a draw as during the 89th minute Gerard Moreno scored the goal and the score reached 1-1, and the Swiss team was reduced to just 10 players.