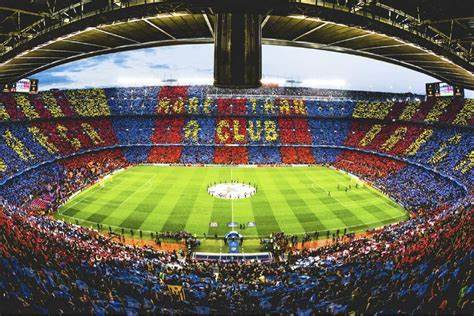 It’s very unlikely that the manager of a football club talks about lowering expectations right at the beginning of the season. Even more so, when the manager belongs to a club like FC Barcelona. After reaching the summit of club football in the late noughties and mid-2010s, the Catalan giants have since plummeted to new lows. And their manager, Ronald Koeman’s latest press conference summed up the crisis that the club is going through.

The Dutch manager spoke about the fact that ‘a high finish in La Liga’ would be a success and that ‘winning the Champions League would require miracles’. He even asked the fans to be patient with the squad, as a lot of young and relatively inexperienced players are being given minutes on the pitch, to get the club back on track. Koeman also mentioned the grim ‘financial situation’ of the club and said that the squad had to be rebuilt, without making major investments.

Failures in recent Champions League campaigns, inconsistent performances in the league, failed big-money transfers topped off by the departure star players Luis Suarez and Leo Messi in consecutive seasons, are all testament to the prevailing situation at the club. It is interesting to have a look at when and how it all began.

The summer of 2017 saw Brazilian forward Neymar leave the club for 196 million pounds. This was followed by the signings of Ousmane Dembele and Phillipe Coutinho, in successive transfer windows, with both amounting to more than 100 million pounds. The reinforcements, including Coutinho and Dembele, failed to justify their transfer fees in the following seasons.

Frequent managerial changes, court disputes, and an increasing debt had the club ‘crippled’ in many ways. Then came the signing of Antoine Griezmann, another 100+ million pound player. The French talisman failed to link up with Messi and could not help the club reach its former heights. In 2020, like all clubs across the world, FC Barcelona was hit hard by the Coronavirus pandemic. The club took a massive hit, fuelled by poor recruitment of players and poor form on the pitch. The 8-2 defeat to Bayern Munich, who Phillipe Coutinho had joined on loan, was the nail in the head. The Brazilian even got 2 goals and an assist against his parent club.

The same year saw Luis Suarez being forced out of the club and sold to direct rivals Atletico Madrid. Rather ironically, Suarez’s goals helped the ‘Rojiblancos’ win the La Liga title that season. Ronald Koeman was appointed the manager and he seemed to have steadied the ship for a while just when another crisis hit. Talismanic striker Leo Messi had decided to leave which resulted in a huge transfer saga. The saga ended with the arrest of then Club President, Josep Bartomeu and with Messi staying for another year.

Joan Laporta was elected as the new President, he vowed to build a team around Messi and to get the club back to where it belonged. The summer transfer window of 2021 was a rather successful one as Aguero, Memphis Depay, Emerson Royal was brought in until disaster struck, one that rocked the entire world of football.

A combined debt of 1.15 billion pounds, violations of La Liga salary rules forced the club to let Leo Messi go on a free transfer. New signing Emerson Royal was shipped off to Tottenham after less than 3 months from signing for the club. Players like Gerard Pique had to take massive pay cuts, for the club to be able to register the new signings.

Fast forward to September 2021, the club has failed to win a single league match this month, lost their opening Champions League game to Bayern Munich, and been hindered by injuries to key players.

FC Barcelona is another example of how poor governance results in an inevitable disaster and that of why football clubs must work towards attaining sustainability. However, all can’t be blamed on the board and the hierarchy. The blame is also shared by the players who have consistently failed to show up on big occasions.