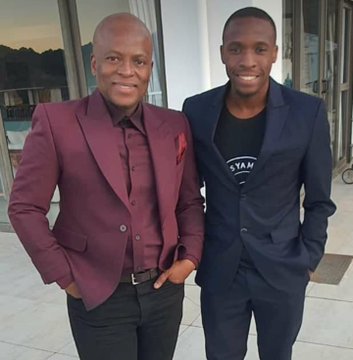 Last month George Maluleka was released by Mamelodi Sundowns after joining the club in 2020. The Pretoria based club decided that they will not activate his one-year option to extend.

On Saturday 2nd July, Amazulu FC revealed the signing of Maluleka and the Amazulu FC president, Sandile Zungu revealed how the club feels after sealing the deal with the former Mamelodi Sundowns player.

“We are very excited about him because not only does he have the pedigree for winning trophies but he’s also gonna offer us balancing that midfield, he’s the perfect fit for us. He’s very delighted to join us and we’re happy to have him at Usuthu”, he said.

The former Kaizer Chiefs player managed only 19 appearances over his two-season spell at Mamelodi Sundowns with 1 goal and 4 assists under his belt.

Although trophy-laden, Maluleka's time with the DStv Premier League champions was frustrating. He left the club after winning four major trophies, including two back-to-back league titles.

Amazulu FC will be brandishing a fresh-looking squad in the coming season following the release of about 15 players.

Usuthu has already signed Gabadinho Mhango, Dumisani Zuma, and Ethan Brooks before the signing of Malukela.

The new players will be hoping to make an impression in the 2022/2023 campaign, as Usuthu will be aiming to challenge for the big honors.