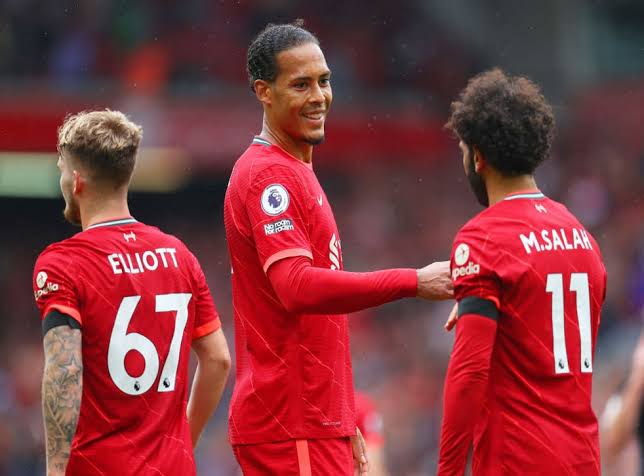 The team which lifted the Premier League is back, even if it’s the early days. Liverpool is showing the glimpse of a formidable team which they were a few years back. Virgil Van Dijk’s arrival has made a massive impact on the morale of the squad. This is quite evident from the way they defend and build up their attack. Van Dijk’s presence alone at the back is enough for the team to maintain their defensive shape.

Burnley is a team handicapped in terms of bringing in new players or retaining their current ones. Lack of finances leaves Sean Dyche with a limited number of options. Dyche follows a setup that allows his team to maintain defensive shape and two up-front strikers who make the run from time to time to break the opposition’s defense.

In the opening, and three minutes into the game, Burnley almost went in front through McNiel strike before the linesman lifted his flag to deem the move offside. Liverpool replied to Burnley’s threat with a goal. After going toe to toe with The Reds for eighteen minutes, Burnley left the room, in their defensive box. Tsimiskas supplied the ball into the corridor of uncertainty.  Jota slipped in between Mee and Tarkowski to head the ball from close range right in front of the Kop end to bring Anfield back to life.

To concede a goal after dominating a game often turns out to be a one-punch knockout for many teams. However, Burnley didn’t hide in their half. McNeil, Wood, and Barnes kept Alisson on his toes. Halfway through the first half, both teams started to open up, it became an end-to-end fixture. Salah thought he had given his team some breathing space only to be ruled offside, suppressing all the celebrations.

Burnley kicked off the second half on a quest to find an equalizer.

Eventually, the pace of the game turned out to be too much to cope with. Liverpool started dominating the midfield. It was like a prophecy, only a matter of time before Liverpool scored. The Senegalese star Sadio Mane gave what the fans wanted Liverpool’s deserved extension. Burnley was hanging on the ropes before Trent chipped in a ball in the space on a counter-attack, allowing Mane to slot it back into the net.

Even though Liverpool was not as comfortable as they should have been, still it was a comfortable victory for them. Their real test will be next week against Chelsea. A fixture, that can make or break their title contention more realistic. As things stand now, Liverpool has won two games in a row, and they will be hoping to keep the momentum going on in the next week.