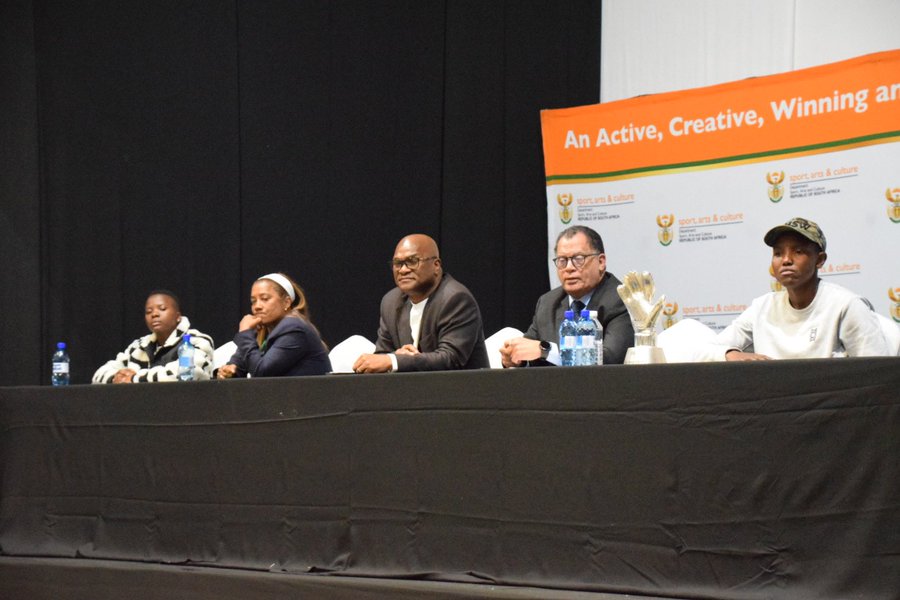 Banyana Banyana finally came out victorious in Morocco, beating the host nation 2-1. Banyana Banyana has been five-time runners-up in the tournament prior.

On Tuesday, 23 August 2022 minister Mthethwa told a press conference at South African Sports Confederation and Olympic Committee headquarters in Rosebank that President Cyril Ramaphosa has requested the reward of the team to be boosted to R15 million.

The minister said that the national government had added R9.2 million to the R5.8 million. The minister has reported that the payments have been made to the team.

The award-winning coach of the year Desiree Ellis shared her sentiments and gave thanks to the minister and president for the amazing gesture.

“To my players, I just want to say if you put up a performance like this you will always be rewarded”, Ellis said.

“I cannot thank the minister and the president enough, and I'm sure the players do as well”.

The award-winning goalkeeper of the year Andile Dlamini is grateful for the incentive that the government has given them.

“On behalf of the Banyana, I would like to thank the president and the minister for the R15 million”, Dlamini said.

“This has changed our lives and it's still going to change our lives, and will encourage young girls who are playing football.

“I would like to thank the South Africans who have been rallying behind us”.

Mthethwa showed appreciation to coach Ellis and her team for their outstanding achievements in the WAFCON.

“Desiree Ellis and her team achieved what seemed like an impossible feat, when they maintained a clean sheet, in reaching the WAFCON finals in Morocco. She too gave us much to cheer about when CAF recognized her, for the 3rd year running, with the 2022 WAFCON Coach of the year”, he wrote.

The reigning WAFCON champions have put the nation on the map and the minister pleads and hopes that more corporate businesses will invest in women's football.

“Knowing how generous South Africans are, I have no doubt more corporates will follow the example of Sasol and later Hollywoodbets, to invest in women's football”, he wrote.

Mthethwa yearns the influence of Banyana Banyana will rub off on other sporting codes as the country prepares to stage big sporting events.

“As Africa’s first hosts of the 2023 Netball World Cup, we look forward to another big year on the world's stage by our country’s women in sport. Added to this, South Africa will also stage the under 19 girls Cricket World Cup and the T20 Women's Cricket World Cup, in early 2023”, he wrote.

Banyana Banyana aims to deliver more outstanding performances as they prepare for the world cup that will be held in New Zealand and Australia in 2023.