He is from humble beginnings and living the dream on American soil. 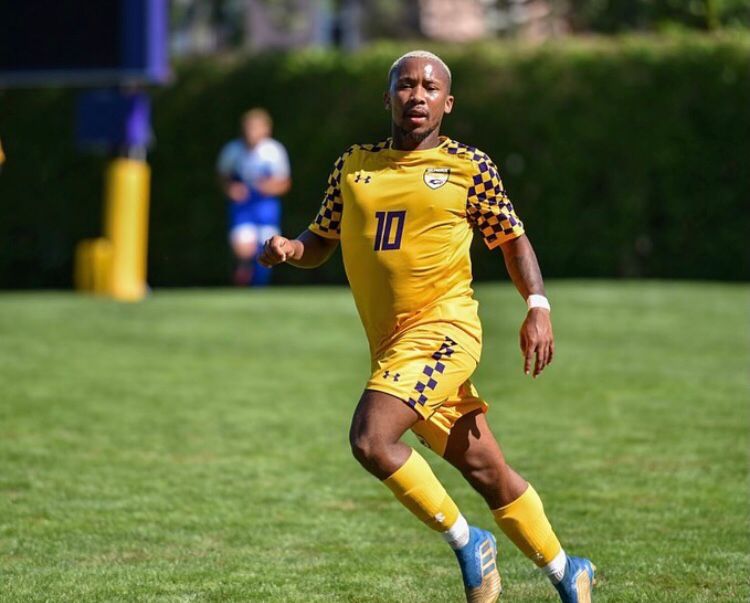 It has been said that making your dreams a reality requires risk-taking, and Lutho Mlunguza exemplifies that philosophy. He is a 23-year-old raised in Hazeldean, Cape Town, South Africa. His sports background ranges from rugby, athletics, football, and hockey. As much as he played all these sports, his love for football always stood out.

Mlunguza's journey to America started when he got scouted through YouTube.

He explained, “at school, they recorded all our football games, so I asked for those videos because I thought of making a tribute of all the players I used to play with and just put it on YouTube, not thinking someone would see it, but I had it there for the fun of it. An amazing thing happened, Kevin Brenner, one of the USA coaches, watched those tapes along with the head of College Connect International Thabani Sithole. So I got an opportunity to a showcase in 2018. There was an agent with whom my sponsor connected me with, who turned out to be a scammer. He scammed my sponsors and me. He made me stay in his basement. Imagine spending Christmas in someone's basement, that was me, I couldn't believe my life and I hated every moment of it. That agent nearly killed my dreams of playing football. He wanted to use me to boost his name.

“At first, it was difficult to tell my mother what happened but eventually I had to tell her everything because I couldn’t hold the pain any longer. Luckily I met Thabani Sithole while I was still there, and we kept tabs, I told him what happened as well, and he said he had a feeling something was going on because he heard things about that agent. He told me that if I still wanted to return to America, he can put me through a good school, and I can continue playing football”, he says.

“In 2019, I returned to America with the help of Thabani Sithole and Kevin Brenner and got the opportunity to study at Elmira College and play college football”, he added.

The former Santos academy player's time in America has not been that difficult the second time around, but obviously, there were challenges on the field he faces.

“America style of play is different to what I’m used to, it’s one-dimensional, you know, they play the ball down the channels and get the ball in the box and I hated that because I couldn’t showcase my talent or play to my strength. Not only that, but it’s also the physical side, the training drills, and the diet. I’m from South Africa so I wasn’t used to the food they were eating but I had to adjust”, says Mlunguza.

As much as there were challenges that the former Wynberg Boys hockey player endured but he has positive moments that he is proud of. He mentioned he had to improve and adapt to the environment.

“My biggest achievements have to be the man of the match awards, selection to the all-conference, and definitely the hat-trick I scored in the first half. I scored 2 goals with my right foot and one with a header, it would have been a perfect hat-trick if I scored with my left and right foot and with my head. I have to say they saw what I’m capable of”, he says.

“I hope I can inspire young people. I have a mission to open my own academy one day so I can help young footballers get an opportunity to play overseas, connect them with international companies like Soccer Dream and College Connect International”, he concluded.