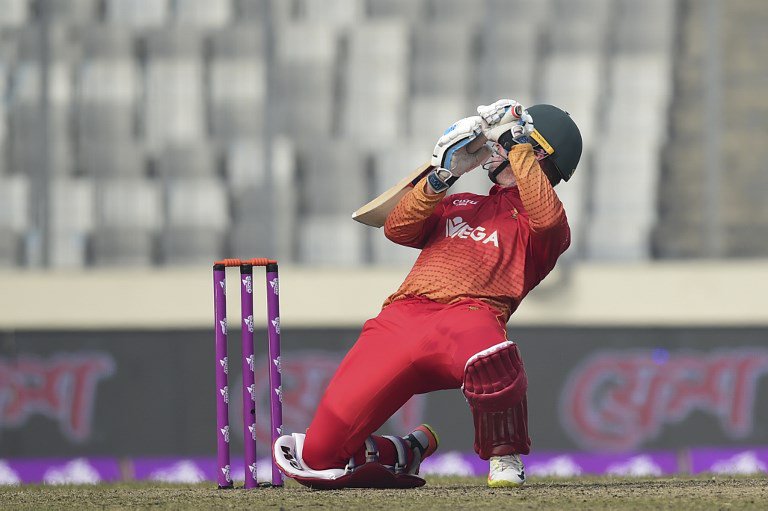 The Zimbabwean cricket legend who captained the chevrons stated on his Twitter handle admitted to receiving a bribe for spot-fixing. In his statement, the former Zimbabwean cricketer alleges that he was invited to India to discuss matters related to the funding of T20 tournaments similar to the India Premier League(IPL) in October 2019.

He pointed out that the Zimbabwe Cricket Board had not paid them for 6 months which made it tempting to consider the offer. Brendan Taylor claimed that he shared a moment doing cocaine with his hosts who filmed him in the process and used the footage to blackmail him into spot-fixing to which he accepted a hefty fee of USD20000 and USD15000 for his journey. Brendan Taylor has since come forward and attended interviews with the ICC which in his statement indicates it will lead to a multiple-year ban on his cricketing career. It is such a grey area for such a talented Zimbabwean player to put a strain on his great career and fans across the globe.However ,Brendan's statement says he did not fix matches he was only late to report to the ICC and will start his recovery process by going into rehabilitation.

The real question points to the Zimbabwe Cricket Board. Could these cases be a tip of the iceberg? In April 2018, Heath Streak was dismissed as the head coach of Zimbabwe cricket after losing a world cup qualifier match against an associate country UAE. Although the matters were handled discretely, it had less to do with incompetence on the part of this experience Zimbabwean and more along the lines of match-fixing and favoritism. Former Zimbabwean coach dismissed the allegations in a press statement saying he picked his squad based solely on merit. His loss to the United Arab Emirates went down in history as the first time the cricket-playing nation did not take part in the biggest cricket tournament-the world cup. As if that is not enough, Heath Streak was banned for 8 years in April 2021 by ICC’s Anti-Corruption unit for breach of related clauses. Zimbabwe cricket has disappointed their fans time and again. In a match against Afghanistan in 2016 during the t20 world cup, the then captain Hamilton Masakadza failed to dismiss Mohammed Shahzad in a very obvious chance, deciding to run with the ball to the striker’s end instead of throwing a good arm to the keeper. This and many other unusual incidents where Zimbabwe gets off to a good start and by all means finds a way to lose the match or series, as they did in the just ended three ODI match tour against Sri Lanka begs the question of whether the team is that incompetent or the ICC has a little sniffing to do within the structures. Will we see more confessions coming from Zimbabwean coaches and players after their retirement making the world understand better the unfathomable losses they have bagged over the years?