How Artificial Intelligence Make South Korea A Powerhouse Of Archery 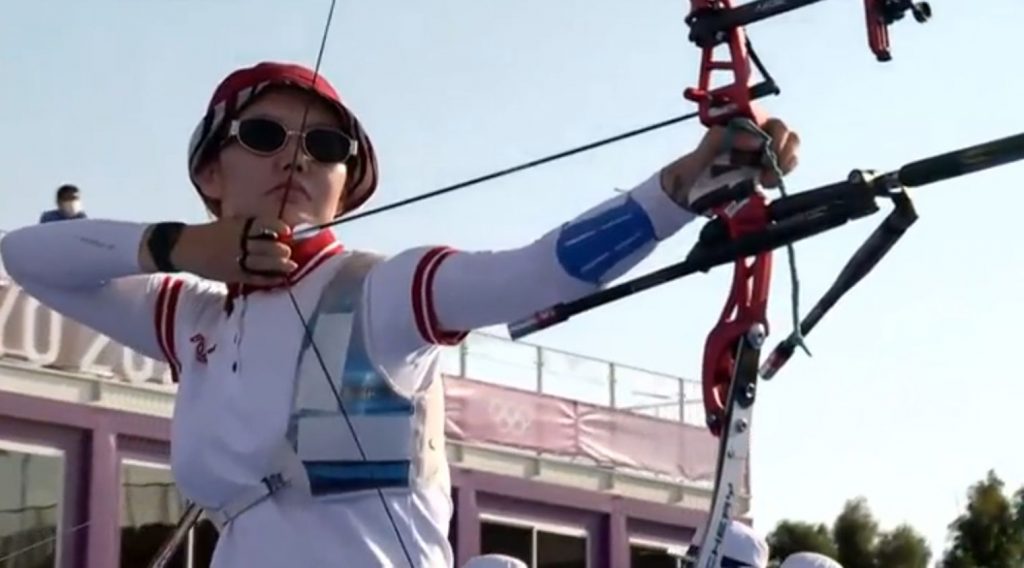 Archery is South Korea's strongest sport nowadays. But did you know why only South Korea? Did you know that Korean archers practice using high-tech equipment to prepare for the competition?

Did you know that an Artificial Intelligence Coach taught the team?

The South Korean team is called the powerhouse of Archery. You can guess the intensity of this statement by knowing the fact that the South Korean team has so far won all three golds in Archery at the Tokyo Olympics. But apart from this, Hyundai Motor Group is in the limelight after Korea's performance. It's because Hyundai Motor Group has been the main sponsor of the Korean Archery Association since the 2016 Rio Olympics happened in Brazil. We could recall that Chung Eui-Sun, chairman of the company, is also the president of the Korean Archery Association.

After being inspired by Seo Hyang-soon's gold medal win at the 1984 Los Angeles Olympics, Hyundai's previous chairman Chung Mong-Koo became president of the Korean Archery Association. He promised to encourage the growth of the sport 37 years ago.

Women's and men's archery teams were eventually formed by the group as well. These automobile manufacturers also claimed to have been among the first to employ science and cutting-edge technology in sports training. According to the firm, former chairman Chung gave the national squad a range of technology, including laser arrows and heartbeat monitors.

The current chairman, Chung Eui-Sun, who inherited control of the group from his father, has continued the group's support of Korean Archery and carried on his father's legacy.

The junior Chung reportedly flew to Tokyo immediately after his business trip to the United States. He was spotted cheering for the national team in the audience during a televised broadcast of the women's archery competition. After his business tour in the United States, the junior Chung is said to have flown to Tokyo. A television broadcast of the women's archery tournament showed him applauding for the national squad.

Long before the Tokyo Olympics began, President Chung decided that Korean Archery should be the best globally. And Hyundai motor group's technology of researching future cars could help improve athletes' exhibits. This approach gives them an idea of using Artificial Intelligence, Vision Recognition and 3D printing, etc. kind of advanced technologies during the exercise and training of athletes. It not only improved the quality of the equipment but also made the athletes mentally strong.

Let me tell you about some such technologies-

High precision shooting machine stakes high-quality arrows. In Archery, arrows are essential equipment required for increasing the performance efficiency of any player. Archers usually practice with high-quality arrows laced with several advanced technologies so that arrows are in the athlete's command.

Athletes can shoot arrows from a shooting machine at a distance of 70 meters to check if the new arrow is out of order or not. If the arrow hits the target and creates a shot group within a specific range, it will pass. It can be tested under the same criteria, such as strength, direction, and speed. Arrows can also be classified even without fluctuations in the athlete's position, weather, or temperature.

Hyundai Motor Group invented another technology, an automatic score recorder, to improve the skills of the national archery team. It is a technology that can record scores with the help of electronic targets based on accurate sensors, which are helpful in the future for various purposes. This technique shows where the player's flaw is.

The electronic target represents the score on the monitor with wireless support. Archers or coaching staff can check the score efficiently without directly moving to the target or without looking at it with a telescope. Not only the score but also the arrow's shooting position is displayed on the monitor.

Scores and shooting data are stored in the training data center to be used as extensive data to prepare future competitions. Those data are linked to the archers' shooting videos and heartbeat information. This leads to an in-depth analysis of the archers' performance and comparison with various other archers on several grounds.

Since it is challenging to measure biometric signals by touching players during matches or training, they used advanced vision computing technology. Hyundai Motor Group has developed a unique facial recognition algorithm that keeps a close eye on the player's face during the match when he puts an arrow on the bow. It also examines the heartbeat rate of the player as well as the noises around him.

To reduce interference in training, high-zoom cameras were also introduced for broadcasting.

The coaching staff of the National Archery Team actively used it to eliminate the psychological anxiety of the archers by adding recorded heartbeat rate data and scores during training.

Hyundai Motor Group developed a meditation app for the archery team. The app was developed in consultation with psychological experts from Korean Sports Policy and Science Institute. Meditation content was tailored in an app to maintain a comfortable psychological state for archers regardless of time and place.

The 'Deep Learning Vision AI Coach' provided to the National Archery Team, developed by Hyundai's AI wing, AIRS (Artificial Intelligence Responsive specialized team), is one of the most advanced technologies that any country uses in games. It automatically edits athletes' training videos to facilitate analysis. In the past, the video of the archers was analyzed by looking at two videos.

Analytical data were created one by one by comparing videos of archers who pulled and shot recorded arrows and videos of arrows hitting targets during the competition.

But by taking help with this 'AI Coach', two videos were automatically edited in the same short video by capturing the player's set-up and release moment and point of an arrow hitting the target at the same time. It has maximized its use except for unnecessary videos like preparation.

Hyundai Motor Group and Archery Association decided that archers would find it difficult if the grip was disturbed during a long-term match like the Tokyo Olympics. Hyundai Motor then provided customized grip fit into the hands of athletes using 3D scan and 3D printer technology.

The gripes that archers had already used and fitted in their hands were scanned with 3D scanners. Even minor scratches were reproduced, entirely with the 3D printers.

Hyundai Motor Group has been producing customized grip essays since the last Rio Olympics. But, for the Tokyo Olympics, they have diversified grip materials using new materials such as aluminide and PA12.

Can The Athletes' Village Keep Out Covid?: Tokyo Olympics 2021