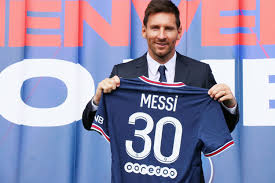 One of the most shocking transfer windows in the history of football just might have taken place. PSG has been looking forward to strengthen their squad after their failure to win Ligue 1 and losing out to Man City in UEFA Champions League semi-finals. PSG have been recognised as one of the major spending clubs throughout Europe. In recent years they have attained the ability to attract the best in the world, especially after signing Neymar. With the management and quality of players the French side are one of the major contenders for European title every season. However, each year ends up in a disappointment for them.

This season with Messi is quite hard to imagine in PSG colours. Messi spent his entire career in Barcelona colours. After 17 years of his magic in Spain he has shifted his eyes towards France, reuniting with his former team mate Neymar. Another surprising fact about this season will be seeing Ramos and Messi playing together. After years of rivalry and endless El Calssico encounters former nemesis are going to walk together in a single lineup with same colours.

With such quality Mauricio Pochettino and his team have a big job in their hands. To bring in a squad which balances out each area of the field is not a cake walk. The potential lineup for PSG this season could look like a 3-5-3 formation. Two wing backs operating back and forth the pitch. Two centre midfielders where one can drop in to aid defenders while out of possession. Pochettino can allow Messi to operate freely on the right as well as in the middle. Mbappe with his explosive pace can get up to any ball slipped in by Messi or Neymar.

In terms of creativity PSG are in a world of their own. In the upcoming years PSG have the firepower and the potential to dominate The French League and most possibly in the Europe as well. Even on their worst days they have a strong squad to pull victory from the mouth of defeat.  However, it will be interesting to see how long it takes for Messi to adjust in the foreign land. For the first time in his career he is going to play for a team other than Barcelona. Also after ending his drought of trophies with Argentina can Messi guide PSG to the European glory? As the season progresses the mist will start to fade away and all answers will be clear as daylight.

Here is a look at the potential lineup for PSG: