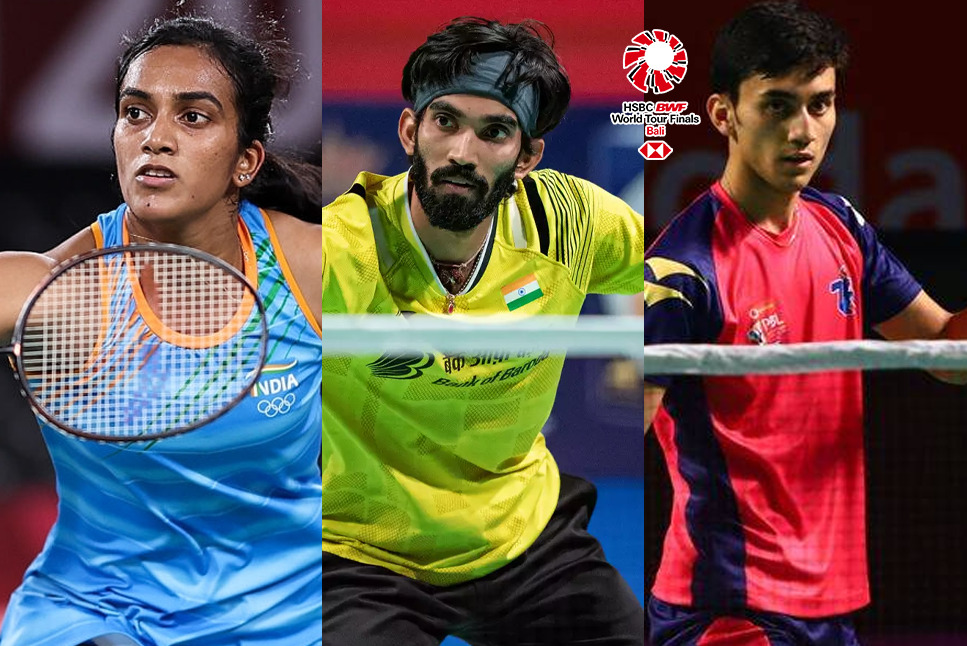 The HSBC BWF World Tour finals are being held in Bali, Indonesia from December 1–05, 2021. This tournament is one of three that are hosted at the same site and are played back-to-back. The other two are the Indonesia Masters and Indonesia Open.

The top 8 players and pairs in each category in the BWF World Tour rankings will compete for the prize money of USD 1,500,000. It is also mandatory for players to play at least one of the preceding events in order to qualify for the BWF World Tour finals.

In each category, the singles and doubles teams will be grouped into two groups of four at the BWF World Tour Finals in 2021. Each group's top two players will advance to the semi-finals.

PV Sindhu, along with Lakshya Sen and Kidambi Srikanth, are the players from India to look out for.

In Group A of men’s singles, India’s young gun Lakshya Sen has already qualified for the knockouts after world No. 1 Kento Momota of Japan and Denmark’s Rasmus Gemke withdrew due to injuries.

The men’s doubles pair, Chirag Shetty and Satwiksairaj Rankireddy withdrew from the tournament after Satwik’s injury during their match with Kim Astrup and Anders Skaarup Rasmussen of Denmark in the Group A opener.

In the women's doubles competition, India's Ashwini Ponnappa and N Sikki Reddy were eliminated after losing their second Group B match, 21-19, 22-20, to Bulgarian twins Gabriela and Stefani Stoeva.