India-Pakistan, a rivalry for ages, be it on the border or the cricket field 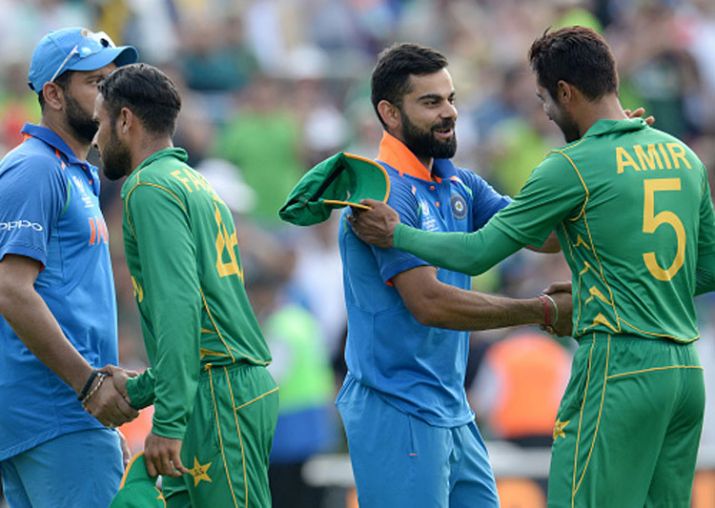 Whenever there is a murmur about a T20 World Cup, fans all over especially Indian fans take a trip down memory lane to the inception of the World T20(as it was called back then) in 2007. And if you ask a few of them as to which moments or encounters made the tournament so special, the answer always lies in the two matches played against Pakistan which was dramatic in its own special ways. First of them was the league match that was tied at the end of customary 20 overs of both sides and the winner was decided by a bowl out meaning each team got 5 chances each to try and bowl on the stumps- A penalty shootout version of Cricket.

There is a certain sense of bias that kicks in among Indian fans whenever they are asked about India-Pakistan matches at T20 World Cups because we tend to remember the ones which we won in a successful tournament. Both teams have locked horns against each other five times in the history of the Cup and even though India have won all of those, yet we remember the 2007 encounters because we won the tournament by beating them the second time in the final.

India vs Pakistan Cricket match has a remarkable rivalry in World Cricket and since the tension between two nations and a couple of fatal incidents has ensured increased viewership and excitement among fans as since 2012, they haven’t indulged in any bilateral series in any format and play against each other only in ICC tournaments which is disappointing given the sporting heritage both nations share.

The rivalry dates back to 1978-79 when an Indian team under the captain Bishan Singh Bedi had travelled to Pakistan while the last encounter took place in the ICC Cricket World Cup held in 2019 in England & Wales which India won comfortably courtesy a century from Rohit Sharma.

Every encounter among the two has a distinct spectacle that fans cherish forever. Starting from star Pakistan batsman Javed Miandad jumping amusingly to mimic Indian wicket-keeper Kiran More to Venkatesh Prasad coming back to take Aamir Sohail after the latter showed him the boundary rope previous bowl implying he belonged their, to Sachin Tendulkar’s blitzing 98 in the 2003 Group stage match.

Moments in the T20 World Cup matches might be clearly visualized by the Gen-Z fans when during the bowl-out, India managed to hit all balls at the stumps while Pakistan failed to hit even one and the credit for that goes to MS Dhoni, who made a smart yet clever move by standing right behind the stumps making it easy for the bowlers to hit the stumps as he asked them to just bowl to him.

There are vital contributions that are left unnoticed in the enormity of such fixtures and don’t get enough credit. Robin Uthappa made a wristy 39-ball fifty in the league stage of that encounter whereas Gautam Gambhir made a majestic 75 in the final.

But one of the highlights of this rivalry is Pakistan has never won against India in the ICC Tournament matches which makes their face-off even more exciting on Sunday, October 24th when both teams lock horn to get their tournament underway at Dubai.