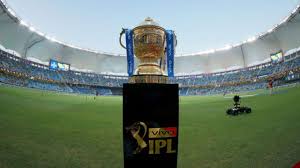 The IPL 2022 Retention ceremony took place on the 30th of November. The present eight teams along with the newly added Lucknow and Ahmedabad will make preparations for the mega auction after this. The Lucknow franchise is owned by the Sanjeev Goenka group, while the Ahmedabad is owned by CVC Capital.

These new teams will have the option of retaining three players each out of the released players by the current eight teams by the end of December. The three players will be composed of a maximum of two Indians and two foreigners.

Four players were allowed to be kept by each of the eight teams: three Indians, two abroad players, and two uncapped Indians.

Kings XI Punjab: Punjab Kings have retained Mayank Agarwal and Arshdeep Singh for IPL 2022 and released skipper K.L. Rahul, Veteran Chris Gayle, Nicholas Pooran, and Adil Rashid. The PBKS has the greatest salary pool, worth INR 72 crore, while the Delhi Capitals have the smallest, worth INR 47.50 crore, to use at the mega auction.

Eight of the 27 players that have been retained are from outside of India, and four are uncapped Indians.  We will need to look ahead to the exciting mega auction likely to happen in December for the VIVO IPL 2022.