Is there a tussle going in between BCCI, team, and selectors for choosing a replacement opener ahead of the India-England series? 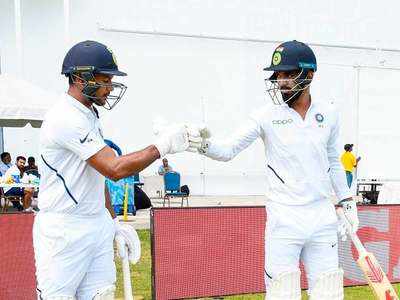 The Indian Cricket team which is in England right now has been left without an opener, since one of the openers i.e., Shubhman Gill got injured while playing the WTC Final match between India and New Zealand. He has injured his shin and will be out of action for at least 6-8 weeks. But it has also been reported that there has been some kind of miscommunication between the team management, the Indian Cricket Board (BCCI), and the selection committee led by Chetan Sharma.

The board wants to have a clear picture as to what the team management’s plans are ahead of the India-England series, as a total of 23 players are still in England. The team management is looking for a replacement for injured Gill. The cloud of confusion is still looming as both the selectors and the board aren't exactly sure as to why the team management wants to have more players fly to England as they already have players like KL Rahul and Mayank Aggarwal, who can always replace Gill since both of them are openers for the Indian team already.

Even Abhimanyu Eswaran, who is the opener from Bengal is also with the team in England. And that too as a reserve opener!

But the team management wants either Prithvi Shaw or Devdutt Padikkal if not both.

The team management is not comfortable with using Eswaran as an opener since they are unsure of his ability to bat in English conditions. And he was not in his top form during the practice sessions as well. KL Rahul, on the other hand, is looked rather as a middle-order batsman if players like Pujara or Rahane are unable to score runs.

During a recent interview with the Times of India, an official from the BCCI said, "The team management should have clarity about their plans. The selection committee has always paid attention to the team management's demands when it came to selecting players for the team. Virat Kohli was there when the team was picked. The management should have been clear as to how they wanted to use those players who have been selected. Rahul was supposed to play as an opener. If they wanted to make changes in the plans, they should have mentioned this."

The official further revealed, "Players like Eswaran, have been with the team since the India-England series, which was held in India in February-March. The management should mention clearly why they aren't confident about using Eswaran as an opener. Only then it would be decided as to whether a replacement should be sent or not."

The official further added, "A total of four openers are still available in England and the pandemic is the biggest reason for that. Earlier the team didn't have such an option. They had to use those 15 players on long tours. And this is where clarity should be there between both the selectors and the team management. Selecting 24 players for each series has become quite an easy job for the selectors. And if there is confusion as to who those selected 24 players are, then it needs to be addressed as soon as possible."

Another thing that has added to the team management’s headache is the problem of using Hanuma Vihari as an opener. Speaking about the same, a source close to the BCCI said, in an interview with the Times of India, “It is without a doubt that Vihari would be ready to play in whatever position he has been asked to play in, especially in a crisis. He is quite happier batting in the middle order."

Ever since Chetan Sharma became the Chief selector of the selecting committee in January, trouble has started brewing between team management and the selection committee. It has also been reported that Sharma has close relations with certain players, as he used to coach them in different academies during the earlier days. And this has led to an increase in confusion between both the selection committee and the team management.

On the other hand, BCCI has sent a total of two selectors for the India-Sri Lanka series which is going to be held in July and has also cited travel restrictions, as to why they didn't send a selector for the whole tour. Chetan Sharma is not planning to watch any of the matches of the India-Sri Lanka series and also India's matches against England.