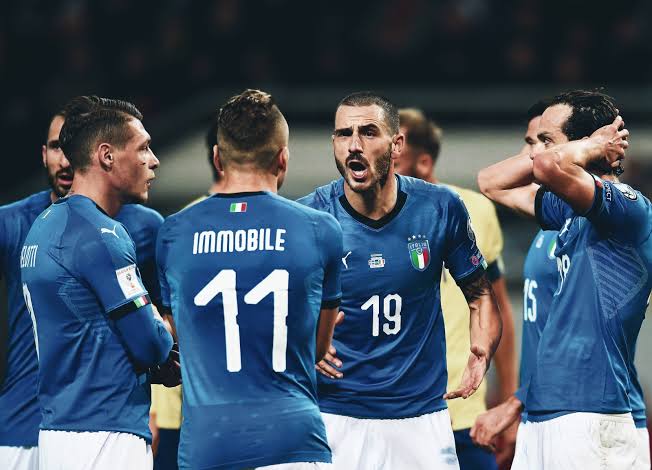 With a second win in a row, The Azzurri's have secured the first spot in the knockout stage. Goals from Locatelli and Immobile were enough to get Italy across the finish line. After failing to qualify for World Cup for over 60 years, Italy found a way to turn around their fortune discovering a ray of hope in Mancini. With a 28 match unbeaten run Italy is a team that is not to be meddled with.

Just like their dominant form Italy kicked off the game on the front foot. From the onset, they showed their class some beautiful attacking game. After changing from their traditional compact in the middle set-up, Mancini has pushed his wingers wide allowing them to enjoy more space and time on the ball. The likes of Insigne and Berardi who struggle to perform in the middle of the pitch could finally enjoy the space on wide. Within 20 minutes Chiellini thought he had given his team the lead, only to be ruled out by VAR.

With constant pressure and continuous attack, it was only a matter of time before Italy went in front.  Berardi with his quick feet danced his way through the traffic to provide an easy close-range finish for Locatelli. Even the halftime break couldn’t break Italy’s momentum. They picked up from where they left off. With a 52-minute mark, Locatelli scored a stunning goal right outside of the box making it look easy on the eye. A powerful low driven shot leaving Sommer stunned on his feet unable to move.

Switzerland failed to test Donnarumma in front of the goal. He hardly had to do anything throughout the match. With time slipping right in front of their eyes Switzerland was unable to produce something which could have helped their cause. In the final minutes, Immobile came out to show his class once again. Immobile added icing to the cake with a breathtaking strike right outside the box to finish off the game.

The major concern after this game would be Chiellini’s injury. It didn’t look good for him as he was substituted in the first half after supposedly pulling his hamstring. As things stand Italy is on top of Group A with 6 points. In the second position is Wales with 4 points with Switzerland in the third position with a single point. Finally, Turkey holds the last position that is yet to open its account.   Italy will face Wales in their final group stage match. While Switzerland will be hoping to keep their hopes of knockout stage alive against Turkey.