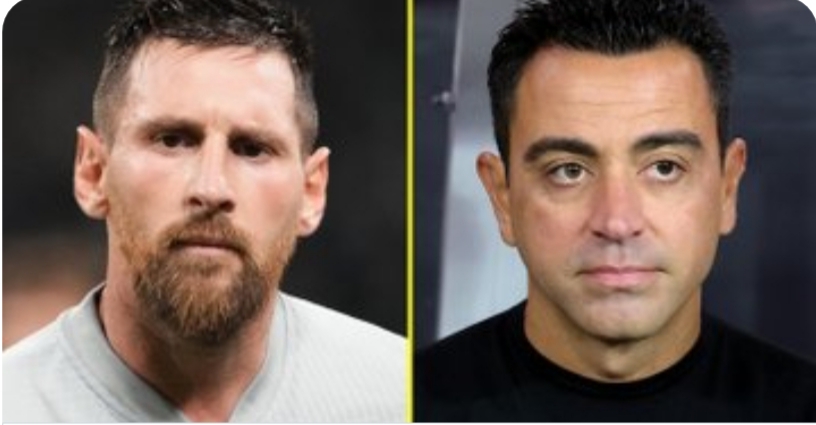 Xavi has asked Barcelona to re-sign the Argentine superstar next season.

The departure of the four-times champions league winner was a shock to everyone associated with the club, given the assurance that the Argentine would stay at the club.

During his time at the Catalan giants, Messi scored 672 goals in 778 games, making him the top scorer in the club's history while winning 34 trophies.

The 35-year-old left Barcelona to join Paris Saint-German. Messi scored 11 goals in all competitions for the French club, arguably the worst season of his career.

Recent reports from the Spanish publication Sport suggest club President Joan Laporta is expected to do everything in his powers to bring the mercurial left footer back to Barcelona.

"Messi was everything' Laporta said in an exclusive interview with ESPN.

"To Barca, he's been possibly its greatest player, the most efficient. To me, he's only comparable to Johan Cruyff. But it had to happen one day. We had to decide because of what we inherited".

"I would hope that the Messi chapter isn't over. I think it's our responsibility to try to…find a moment to fix that chapter, which is still open and hasn't closed, so it turns out like it should have, and that it has a more beautiful ending".

Barcelona's financial crisis was the cause of Messi's departure, and the president has alluded to that but plans to rectify that.

Barcelona believes re-signing the Argentine will help the club reach the glory days.

Messi's contract with PSG expires in 2023, and Barcelona is confident that the seven-time Ballon d'Or winner will consider returning to the club.