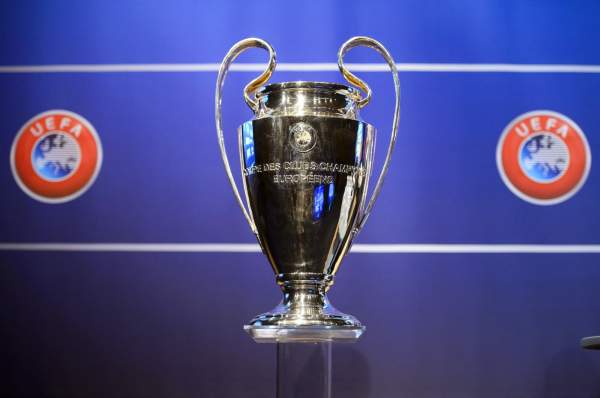 The UEFA Champions League never fails to deliver. With goals, moments of magic, mistakes, and never-ending drama, the competition is one hell of a spectacle.This week was no different. 44 goals were scored in 16 matches over the course of matchday 1. Goal fests, upsets, stalemates; this matchday had it all. So here are the top 5 talking points from this week’s Champions League action: 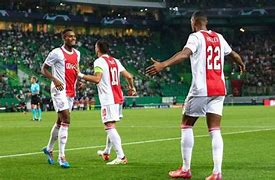 The Ajax striker became the first player since the legendary Marco Van Basten, to score 4 goals on his Champions League debut as his team demolished Sporting Lisbon 5-1. Haller scored twice in the first 10 minutes before a 33rd-minute goal by Sporting’s Paulinho provided a glimmer of hope. But winger Steven Berghuis soon restored the 2 goal cushion before halftime. Then Haller scored twice in the second half and put the game to bed. He was also awarded as the ‘Man of the Match’ for his performance. 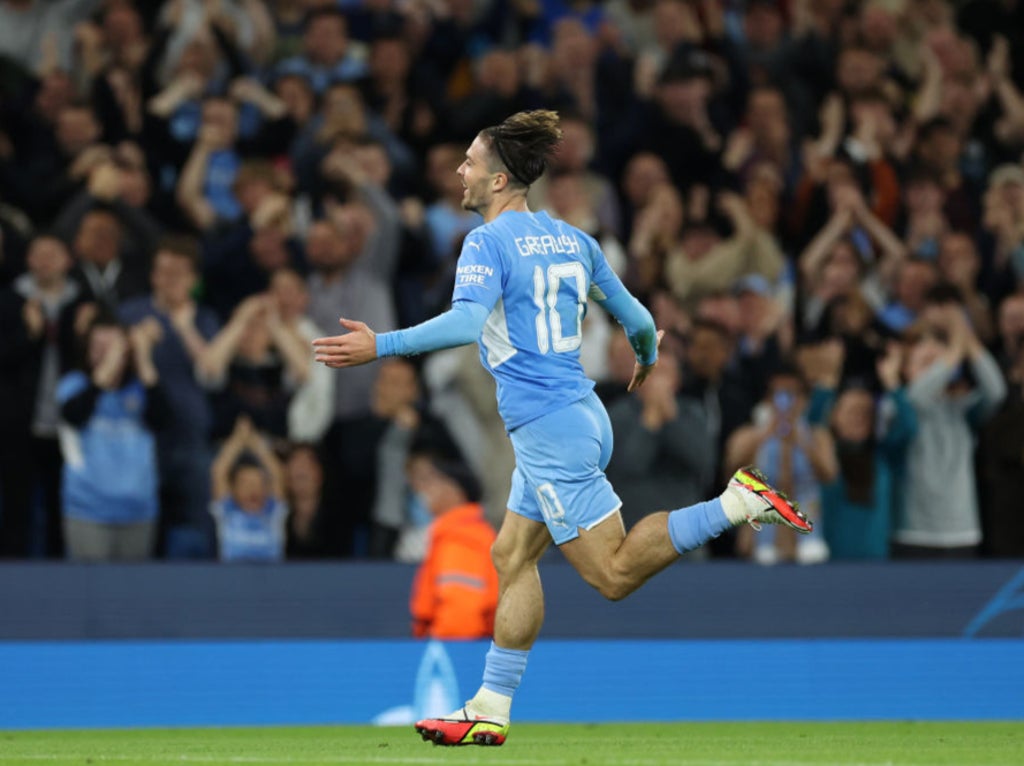 It was all about goals at the Etihad Stadium last night, as Pep Guardiola’s Manchester City beat visitors RB Leipzig 6-3 in another entertaining encounter. Nathan Ake headed the ball in from a Jack Grealish corner to open the scoring for the ‘Cityzens’  before Nordi Mukiele scored an own goal to hand the home side a 2 goal lead. It was then youngster Christopher Nkunku for Leipzig, who got a goal back. But soon Mahrez restored City’s lead from the penalty spot in 1st half stoppage time. Nkunku then stole a part of the limelight as he scored either side of a brilliant Grealish goal, and completed his hattrick. Goals from Cancelo and Jesus, including a long-range effort from the former, put the game beyond the reach of the visitors who were a man down after left-back Angelino was sent off in the 79th minute. Jack Grealish won the ‘Man of the Match’ award as he became the first Englishman since Wayne Rooney to get a goal and an assist on his Champions League debut. 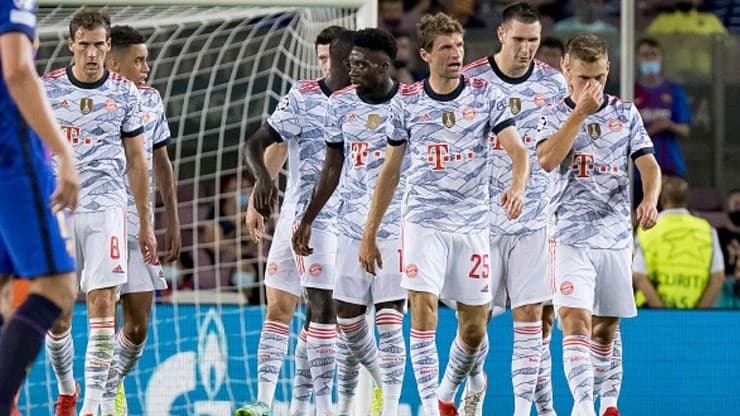 Barcelona was up against it when they faced German champions Bayern Munich, in an attempt to wash out the memories of the infamous 8-2 defeat in their previous encounter. However, goals from Thomas Mueller and Robert Lewandowski handed the Catalan side a 3 nil defeat at Camp Nou. Mueller opened the scoring as his shot deflected off of rival defender Eric Garcia to land in the back of the net, in the 34th minute. Then it was marksman, Robert Lewandowski who scored twice in the second half as the home team could not register a shot on target throughout the game. The Bavarians weren’t at their scintillating best but managed to put on a strong display. Things aren’t looking bright for the ‘Blaugrana’ as they suffered injuries to Pedri and Jordi Alba and this was the first time they lost 3 consecutive Champions League home games. 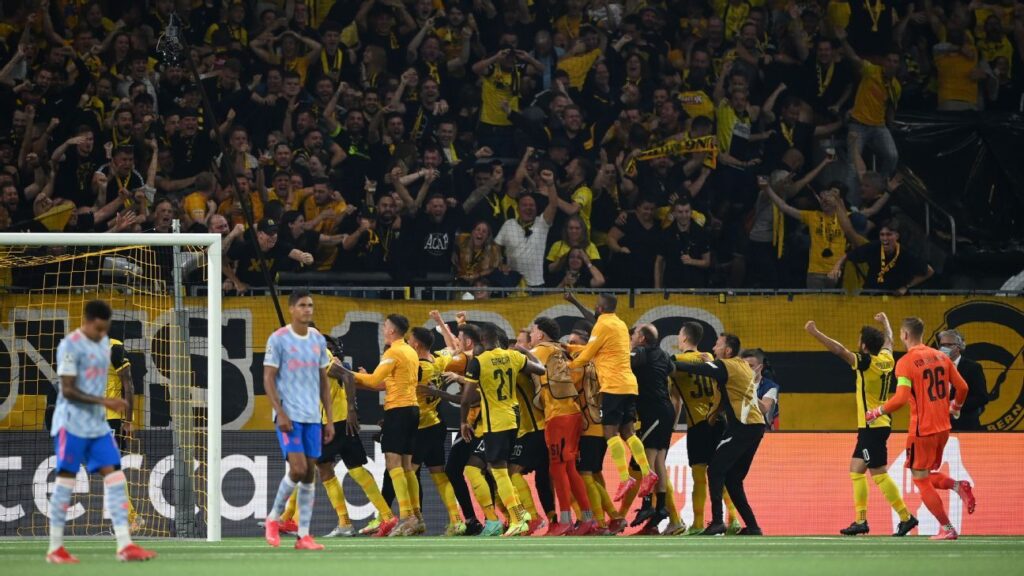 After their dominant performance against Newcastle during the weekend, Manchester United was hoping for an easy outing against Swiss team BSC Young Boys. Instead,  they were handed a shock 2-1 defeat by their opponents. The Red Devils looked in control after Cristiano Ronaldo scored the opener from a brilliant cross by fellow countryman Bruno Fernandes. It was after United right-back Aaron Wan Bissaka was red-carded in the 35th minute, the Swiss side started taking control of the game. They kept creating chances until they equalized in the 66th minute through Nicolas Moumi. Substitute Jesse Lingard committed an error as his back pass was intercepted and then Jordan Siebatcheu grabbed the winner, late into stoppage time. The loss was a reality check for Manchester United and certainly a night to remember for their opponents BSC Young Boys and their fans. 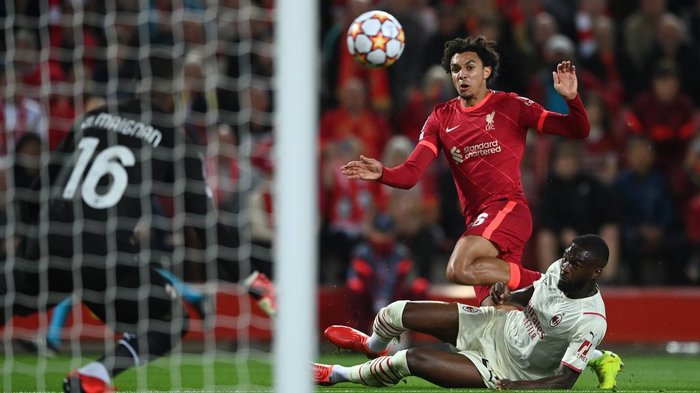 It was another one of those special European nights, under the lights, at Anfield. They beat AC Milan in a thrilling encounter, in a rematch of the 2005 and 2007 Champions League finals. Liverpool was in the driving seat after their full-back, Trent Alexander Arnold forced a Fikayo Tomori own goal in the 9th minute. Forward Mo Salah missed an opportunity to double his team’s lead as his penalty was saved by Mike Maignan, who made several saves throughout the match. But late in the 1st half, Ante Rebic and Brahim Diaz scored to give the visitors a surprising lead, totally against the run of play.

In the 47th minute, Salah made amends to his earlier miss as he equalized for his team. Liverpool skipper, Jordan Henderson stepped up as he got the winner for his team through a great strike from the edge of the Milan box. It was another memorable night for the Reds’ fans as they began their Champions League campaign with a win.