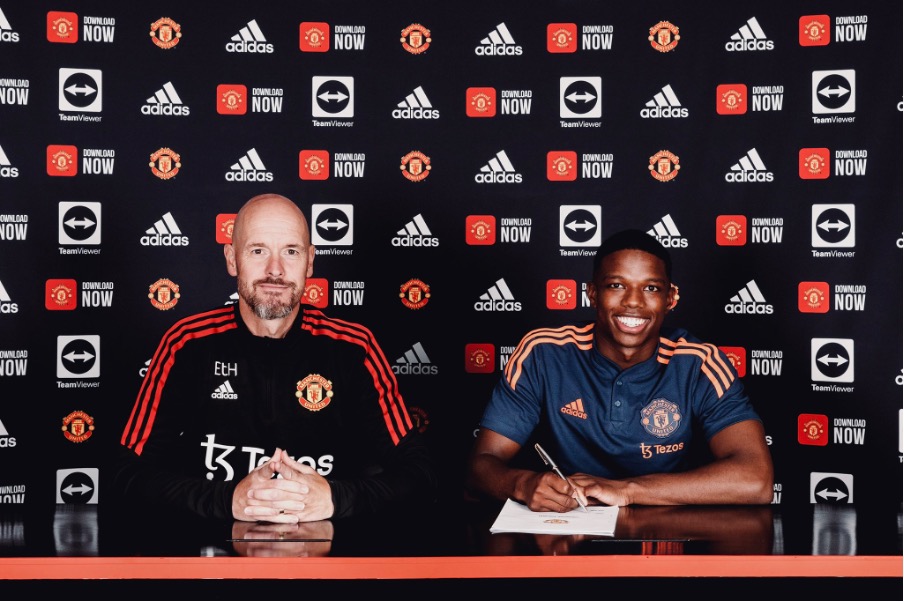 Manchester United have confirmed the signing of 22-year-old Tyrrell Malacia on a four-year deal.

The Dutch defender has joined from Feyenoord for £13 million, with a potential further £1.7 million in add-ons.

He becomes Eric ten Hag’s first signing for Manchester United, with the manager scouting him heavily whilst at Ajax.

The defender made 136 appearances for Feyenoord, featuring 50 times last season.

Malacia predominantly played as a left-back, contributing one goal and five assists in all competitions.

He played a crucial role in the club's route to the UEFA Europa Conference League final where they lost to Roma.

Eric ten Hag will see Malacia as exactly the type of player he needs during this rebuilding period: young, quick, energetic, good in transition and has good positional awareness.

He will compete with Luke Shaw and Alex Telles for the left-back spot at Old Trafford.

Malacia told the club's official website: "It's an incredible feeling to have joined Manchester United. This is a new chapter for me, a new league with new teammates and a tremendous manager leading us.

"I know from playing against his teams in the Eredivisie, the qualities that he has and what he demands of his players.

"Whilst I know that I am still young and will continue to develop, I can promise the United fans that I will leave everything on the pitch every time I pull on the red shirt. I'll always be thankful to Feyenoord for all they have given to me and my family.

"None of this would be possible if it wasn't for them. Now I'm ready to focus on the future with United, and help my new club achieve success."

Manchester United will now turn its attention to Frenkie de Jong, who shares the same agency as Malacia.

The club have been targeting the 25-year-old midfielder all summer and is confident they can complete the deal as he appears to be Eric ten Hag’s priority signing after the time they spent together at Ajax.