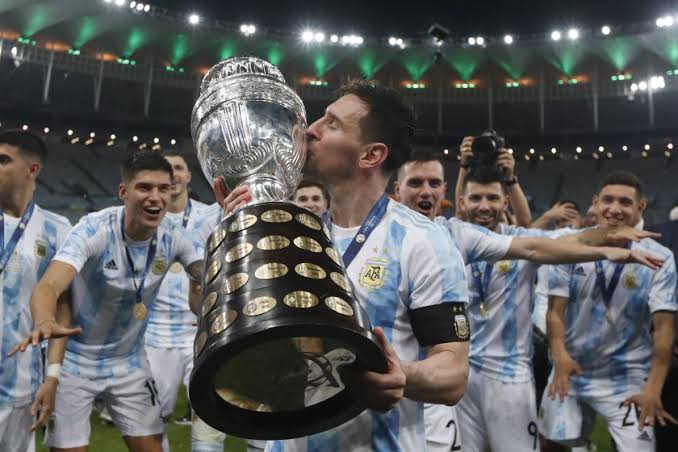 For some, dreams never come true. Even after giving it all, there is one thing that always remains untouched. Possibly in the last Copa America, Lionel Messi lifts his first international trophy with his beloved Argentina. This must have been an unforgettable moment for Messi.

As Esteban Ostojich blew the whistle to end the final, Messi fell on his, tears of joy in his eyes, his teammates running towards him screaming out of happiness. As he stood looking at his teammates running towards him time froze for the Argentinian captain. Taking in the feeling for which he waited for all his career. His teammates lifted him and threw him in the air as they celebrated Argentina’s first major title since 1986.  After failing to win Copa America on three different occasions fourth time turned out to be the lucky charm for him.

It isn’t about if you can win after losing once or twice. On some occasions, a few moments are destined to happen at a particular point in time. This dream of his was just like one of those instances. For some, it’s happiness, for others, it ends up in heartbreak. Neymar got overwhelmed after Brazil’s loss. His tears were enough to highlight how every Brazilian player as well as fans. Neymar and Messi shared a moment as they embraced each other. Both of them congratulated and got into an emotional hug.

Some things are not scripted. Messi and Ronaldo won their first international trophies on the 10th of July. Messi's eyes are set on next year’s world cup. Messi and co. will have their ambitions high after this emphatic win. Messi and Ronaldo will enter the final World Cup of their career. Next year will mark the end of a beautiful era.