Koulibaly shares his thoughts on what Napoli President has said. 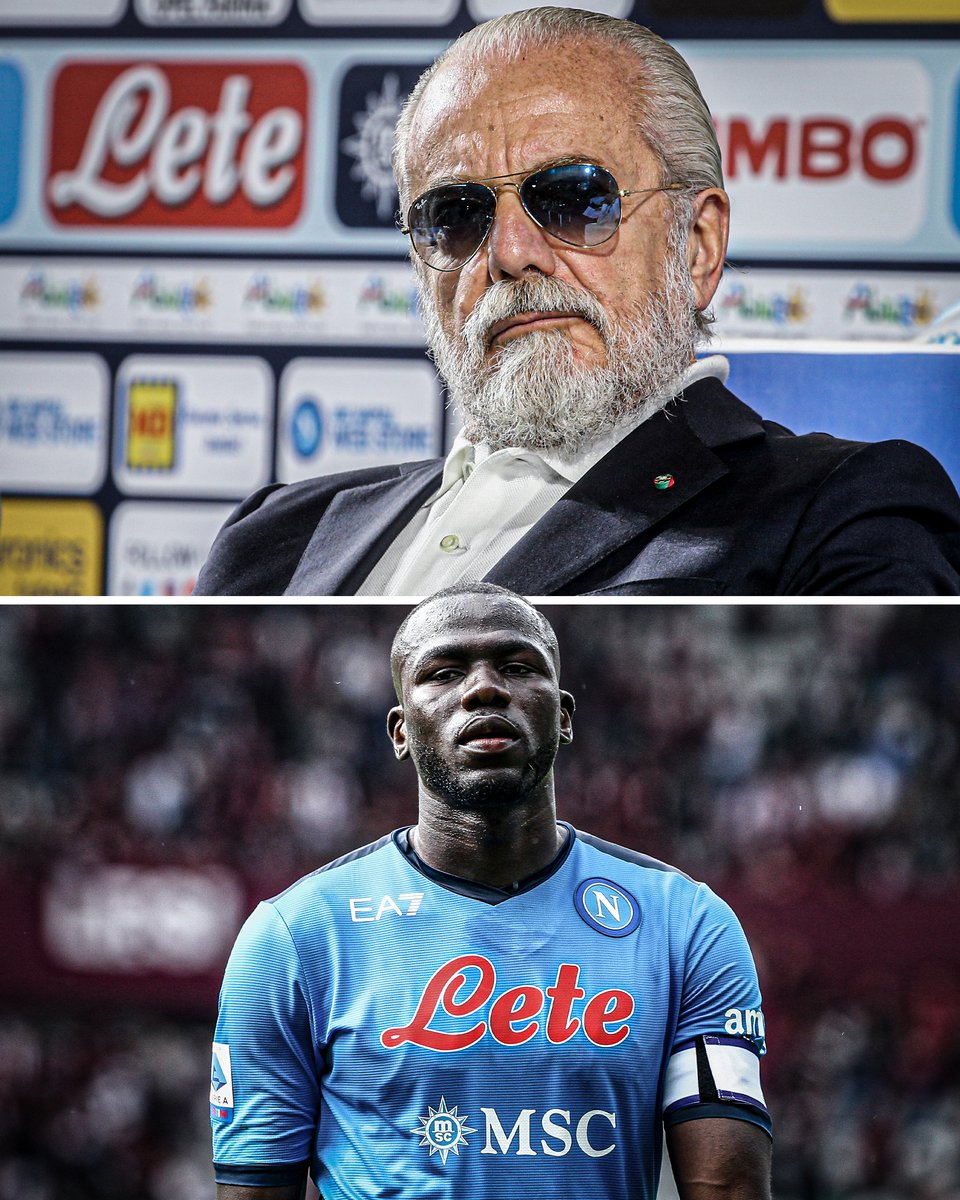 Napoli President Aurelio De Laurentiis has stated that he will no longer buy players who take part in the African Cup of Nations.

De Laurentiis has claimed that he will only buy African players unless they do not represent their countries in the continental tournament.

“Or they sign a waiver giving up their right to participate in the African Cup of Nations tournament or between AFCON and the championship in South America… I never have them [ Napoli players] available, he said.

Napoli currently has some top African players on the team. Victor Osimhen is a regular player for the Super Eagles of Nigeria and Zambi Franck-Anguissa is a midfielder for the Indomitable Lions of Cameroon.

The AFCON has always conflicted with European Major Leagues, with it being scheduled in January when the European Leagues are in full motion.

De Laurentiis expressed that they pay African players a lot of money and their priorities tend to be more focused elsewhere.

“I told them, lads, don’t talk to me about Africans anymore!”, said De Laurentiis.

“We are the idiots who pay salaries only to send them, all over the world playing for others”.

Koulibaly came out and shared his thoughts on what the Napoli President said.

“You cannot speak about an African national team like this. You have to have respect like you have for a European team”, said Koulibaly.

The Senegalese 62-time capped player shared who convinced him to join the London-based club.

“Chelsea came first to get me in 2014 but we didn’t make it. Now when they came to me I accepted it because they really wanted me to come to the Premier League to play for them. When I spoke to my good friends Edou [ Edourard Mendy] and Jorginho, they made my choice easier so I’m really happy to be with you today”, said Koulibaly.

The new Chelsea defender will look to help his new teammates as they prepare to face a difficult task when they face Everton at Goodison Park on 6 August 2022.

Meanwhile, Napoli has to martial without the strong presents of Koulibaly as they face Verona on 15 August 2022.