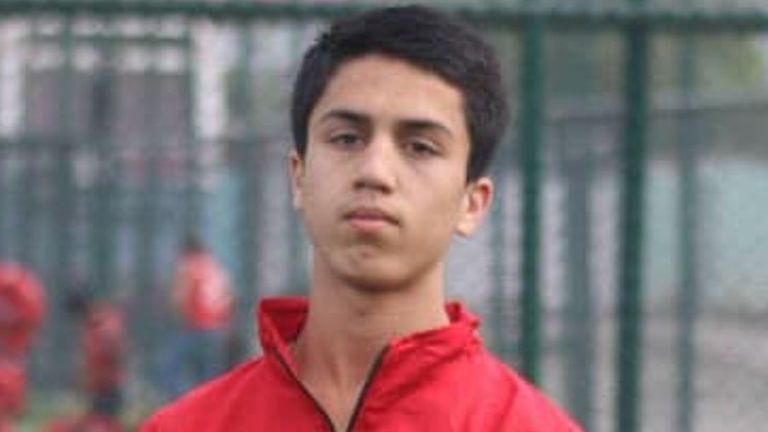 Tension is escalating among Afghans as each moment slips right in front of their eyes. Taliban’s control over Afghanistan has shaken the world to its core. As the world watches from a corner, the influx of unfortunate events keeps on coming. Tragedy keeps on striking, and one another has taken place. People of Afghans gathered around the Kabul airport trying to find a way to escape from their homeland.  When the Taliban slowly started to take control over Afghanistan, people started to gather at the airport trying to board a plane, hoping to leave the upcoming miseries.

People started to board a moving USAF Boeing C-17 plane, among those people was a young Afghan football player Zaki Anwari.

In his attempt to hold on to his one chance of escaping his country fell from the sky and lost his life. Zaki was a member of the Afghanistan Public Youth Group and a national football player. At the age of 16, he got selected for the national team.

According to the report, Zaki was among those people who tried to get on the undercarriage of the C-17 plane as it was about to take off. His death was confirmed by the General Directorate of Physical Education and Sports of Afghanistan.

With a post on Facebook, he expressed his grief “It is with great sadness that Zaki Anwari, one of the players of the National Junior Football team of the country, died in a bad accident. The late Anwar was among hundreds of young people who wanted to leave the country, fell in an accident from a US plane, and lost his life.”

Zaki’s loss is one of the few which have occurred since the Taliban took control over Afghanistan. Things and situations are still unclear. The fall of Afghanistan in the hands of the Taliban is a piece of concerning news throughout the globe.