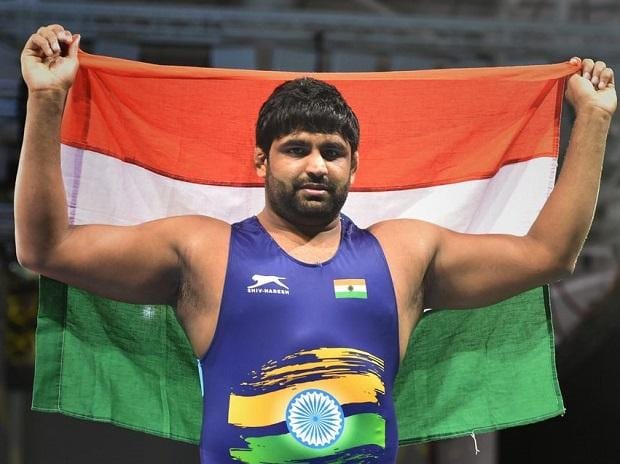 Indian wrestling sports fan went in for a shock on Saturday as Olympic qualified freestyle wrestler Sumit Malik was disqualified from the Tokyo bound Indian contingent as he failed a dope test. His sample is taken during a qualifying match, which was held in Sofia earlier this month.

Sumit Malik belongs from a small village in Haryana, named Karor, in the Rohtak district and had participated in the qualifying Sofia event. This test was a big deal for Indian wrestling as many senior wrestlers had failed to qualify for the Olympics this year.

A 5-methylhexan-2 -anime, (1,4-dimethylpentylamine), also known as methylhexanamine, and falls under the category of, “specified” substance, was found in his urine sample.

The united world wrestling (UWW) collected his sample. They reviewed the right to ban Sumit for six months, till December 2021. This ban came as a big shock as Sumit won't participate in the Tokyo games. India, as the country, has also lost a chance to play a wrestler in the freestyle 125kg category.

Many wrestlers like Narsingh Yadav, Amit Dhankar, Sandeep Singh Mann, and Jeetendra couldn't give India a spot, in the 74kg category. Because of Sumit failing the dope test, India has lost a chance to represent itself in its weight category. Troubles are not over for Sumit. As he had failed a dope test in an international event, he would most likely be fined by the world body a hefty amount of Rs. 16lakhs by the Wrestling Federation of India, who are going to recover this fine from him.

If he is guilty and not able to pay the fine, then the federation would ban him for life. It is the federation's policy to recover the fine from the dope accused players. If a doping offense is committed at an international, event, then the organization would pay the fee of Rs. 16 lakhs to the UWW. And if he is guilty, he would be required to return 5lacs he took from the Haryana sports department last month to prepare for the Olympics.

There are many incidences when athletes have failed in the dope tests, and have brought embarrassing memories to the Indian sports lover. One such example is the 2016 Rio Olympics. Where just a few days before the games, athletes such as wrestler Narsingh, and shotput player Inderjeet Singh had failed in dope tests. This test is not restricted to the Olympics only, in 2010, Delhi CWG as well a total of six wrestlers were involved in doping.

A lab has told Sumit to get his "B" sample test done by June 10. If he doesn't appear before the authorities, then it would mean that he is found guilty of doping. Although his right to waive off his "B" sampling, or hire an independent observer, who would be there before the lab technicians when the sample containing the remaining part of his urine is analyzed.

Now, first, let us analyze and understand what exactly is Methylhexanamine?

This substance has been on the radar of the World Anti-Doping Agency's (WADA) list of prohibited substances since 2004. It came under the category "specified substance" in 2011. WADA has described this as a "non-therapeutic" substance. This substance was initially, used as a nasal decongestant, but now it is being sold as a dietary supplement that helps in weight loss, improving athletic performance, and bodybuilding. The drug has caused a furor in India as, during 2010 Delhi CWG, two field athletes and six wrestlers failed in a doping test.

These included players such as Rajiv Tomar, Sumit Mausam Khatri, Gursharanpreet Kaur, Joginder Singh, Rahul Mann, and shot putter Saurav Vij, amongst the others. Other athletes such as Judo player Nirupama Devi Laishram and 2017 Asian Athletic Champion Manpreet Kaur had failed the dope test while using the same substance.

This substance began to gain momentum internationally, in 2009, five Jamaican athletes such as Yohan Blake, Marvin Anderson, Alladin Fothergill, and Lance ford Spence, were found guilty of using this substance.

The 2008 Beijing Olympic sprint gold medallist Nesta Carter, was banned for using this substance, which led to Usain Bolt winning his Beijing gold medal. According to the protocols, a hearing by the UWW anti-doping disciplinary panel (ADDP), would be conducted to hear arguments from both sides and decide the magnitude of the punishment. Sumit might face a ban, which would range from two to four years.

His hearing won’t take place before the Olympics, he has already been suspended by the UWW for six months. His legal team could still call for an early hearing, keeping his Olympics participation in mind, and that will depend on the UWW decision.

The Question Of Olympics looms over Japan