Rahul Dravid, in line for taking over the position of Head Coach of the Indian National Cricket Team from Ravi Shastri 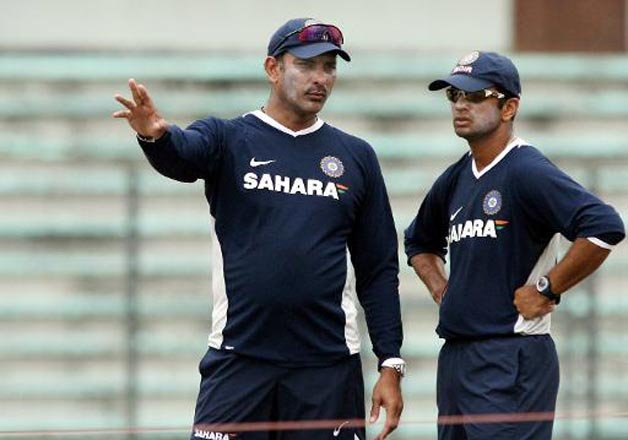 Over the past four years when the tenure of a current coach approaches its contractual end, speculations go around the position of Head Coach of Men’s senior national team. And with Ravi Shastri who was the Director of Cricket Operations from 2014 to 2016 and head coach from 2017 after the infamous exit of former leg-spinner Anil Kumble, is set to hang up his boots as the head coach and has no intentions to renew his contract at the end of the current tenure.

The reasons stated by Ravi Shastri indicate that he believes he has achieved everything and a T20 World Cup win to end the stint would be icing on the cake on what has been a successful coaching career with series wins in Australia (twice in two years) and England. Another reason is Shastri will be turning 60 in May 2022 which is believed to be a threshold for head coaches in India. While bowling coach Bharat Arun and fielding coach R Sridhar have decided to head in the same direction, it is believed that Vikram Rathour who is the team’s batting coach currently will apply for the position of Head Coach himself.

One of the speculations which never falls short of making the news repeatedly is about Rahul Dravid being the next coach of the team. Although he always remains the first choice and is approached first by BCCI whenever the position is up for grabs, Dravid politely refused, owing to personal reasons and a feeling of him not being able to make significant contributions in the role. Dravid has made stellar contributions in the development of junior cricket with U-19 world cup wins in 2018 and runners-up in 2016. Successful first-class tours with the India A teams and a structure of giving players more opportunities to play matches and not warm benches for the entire tour turned out to be a wonder and has set a template since.

Rahul Dravid who has appeared in over 500 international matches for India in a career that spanned over 16 years from 1996 to 2012 has agreed to apply for the position of Head Coach after an extended meeting between him and senior BCCI officials which included the likes BCCI President Sourav Ganguly and Secretary Jay Shah during the final of this year’s IPL. Dravid had previously refused the offer to continue as the director of the National Cricket Academy in Bangalore.

TheSocialTalks understands that there has been no indication or clarity on the tenure but the contract would initially be for two years till the ODI World Cup in 2023 and will be up for renewal. Hence, Dravid is cognizant of the fact that he is much comfortable with the leadership group now having coached them on the Sri Lanka tour in 2020.  It is also implied that Paras Mhambrey will be the bowling coach considering having worked with Dravid at the U-19 level and the comfort and camaraderie both share. But as per a source from the BCCI, Mhambrey has to go through the same process of application for him to be considered for the position.

The current Indian captain Virat Kohli who is set to give up T20 captaincy at the end of the upcoming T20 World cup in a pre-tournament press conference revealed that he wasn’t aware of the latest developments on the subject of head coach.

One of the reasons why BCCI was so persistent with Dravid as the first choice for the national team's coach is the stature and strong figure required at the helm to take Indian cricket forward. With the first step now taken in the right direction, it is just about a few official formalities and we could see the Indian legend in what is going to be another eventful chapter of his life and history of Indian Cricket.