Ring Of Honor Tag Team Champion, Jay Brisko Dies At The Age Of 38 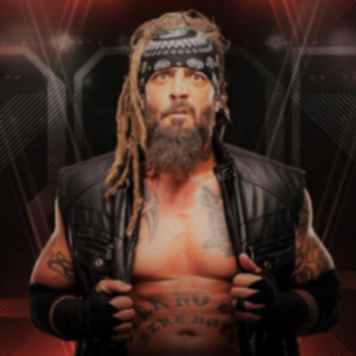 The professional wrestling world is shocked and saddened by the news of the sudden death of Jamin Pugh, better known as one half of the tag team, The Brisko Brothers, Jay Brisko. Jay had been a part of the wrestling industry for more than two decades and died at the young age of 38. ROH and AEW owner Tony Khan were the first to break the sad news on Twitter. He stated the following:

A report revealed that the cause of death was a car accident. The accident occurred in Laurel, Delaware, on the evening of 17th January 2023. Delaware State Police have stated that Pugh was in the car with two other passengers. One person in the accident died, while others had to receive necessary medical treatment.

Replying to some concerned fans, Dave MeltEr stated that the other person who died was the driver of the other car, which swerved in the wrong lane and crashed into Jay”s car.

He also revealed that the other two passengers with Jay were his two daughters, Kayleigh and Grace.

Jay started his wrestling career with his brother, Mark Brisko. He wrestled in Combat Zone Wrestling (CZW), Jersey All-Pro Wrestling (JAPW), Impact Wrestling, and Ring of Honor (ROH) as part of the tag team of  The Brisko Brothers. The Briscoe had started wrestling at such a young age that they had to wrestle under masks to hide their identity.

The Brothers soon arrived in Ring of Honor, where they received most of their success. They recently defeated Dax & Cash of FTR in a Dog-collar match, a bloody third bout of their classic trilogy of matches throughout 2022, to become 13-time ROH Tag Team Champions.

Jay is a certified Ring Of Honor Hall of Famer as he did not just see success as a tag team wrestler and an accomplished singles competitor. He reached the peak when he defeated Kevin Stein (now Kevin Owens) to win the top prize in the Ring of Honor, the ROH World Championship. He became the second-ever two-time ROH World Champion after defeating Michael Elgin. He won the hearts of fans wherever he went. He and his brother created a special connection with the audience by going above and beyond to entertain them.

The reaction of the Wrestling World

Jay Brisko indeed left an impact on the wrestling industry. The Usos, FTR, and The Young Bucks, who were mentioned alongside them as the best tag teams in the industry, alongside many other wrestlers, shared their tributes on social media.

Reportedly, NXT changed a segment with The New Day to respect the horror of the tragedy, where they would have done a funeral segment for the feud they are currently involved. The NXT commentator, Vic Joseph, also acknowledged the loss on live TV.

Not only this, but the Chief Content Officer of WWE, a rival company, Paul “Triple H” Leveque, also tweeted the following.

Wrestling fans are considered one of the worst fans, but moments like this show that they are the most loyal fan bases and will stand for the fallen and their families.

Incidents like this put things into perspective and show you that anything can happen to anyone at anytime. The first time I saw Jay wrestle was last year in December when he, along with his brother, took on FTR in the Dog-collar match, as mentioned earlier, and it’s terrible to know that the dream matches we could have had will be that, a dream. It pains me that I would not get to see more of him, but what hurts is that this happened to such a person. A family man through and through who showed us that you could change and achieve anything. Ultimately, I pray that the Pugh family finds peace and that Jay’s daughters recover quickly. Rest in peace, Jay Brisko.

WWE Launches The Search For A Next African Superstar