Romelu and Ronaldo: A tale of 2 Homecomings 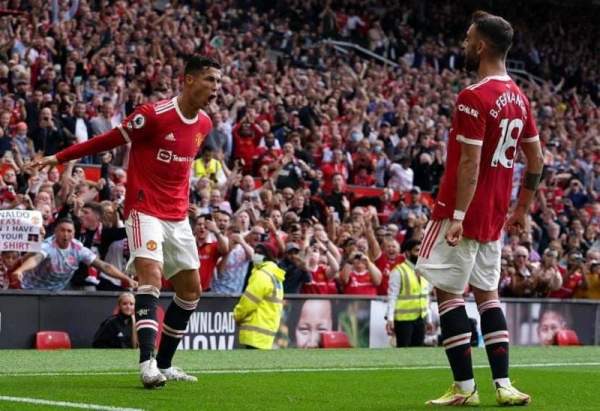 It was time. It was Newcastle at home. Old Trafford held its breath as the stadium announcer said “Number 7…Cristiano Ronaldo”. The star striker had finally donned a Manchester United shirt after 12 years. But all the excitement, emotions had to be put aside as there was a job to do, the 3 points were still at stake. The game began with both teams going toe-to-toe.

As time passed Manchester United slowly grew into the game with a few half chances, some of them falling to the man in the spotlight, Ronaldo. It wasn’t until late in the first-half stoppage time, that a low shot by Mason Greenwood was spilled by The Magpies’ keeper Freddie Woodman fell in the box and there was someone to tap the ball in. No prizes for guessing who! It was Ronaldo, it just had to be him. Old Trafford went into ecstasy as they all joined in with his celebrations. “Siuuuu”, they all screamed.

The second half saw Newcastle gain the upper hand after Javi Manquillo finished off a brilliant counterattack to bring the United fans back to reality, the job was still not over. The visitors, led by Miguel Almiron and Allain Saint-Maximin had constantly been knocking on the door throughout the 1st half and their efforts had paid off.

However, the Red Devils restored their lead with Luke Shaw setting up Ronaldo whose shot went through Woodman’s legs, into the back of the net, 6 minutes later.  From then on, it was mostly United’s game to lose. Bruno Fernandes made it 3-1 after an absolute belter of a strike from outside the box, with 10 minutes remaining. Substitute Jesse Lingard curled one in after a slick move in stoppage time. Referee Anthony Taylor blew the final whistle and it was all joy for the home fans, at least for that moment.

An all-round performance, with Paul Pogba and Bruno dictating things in midfield, a mostly solid defensive performance from the back 4 of Varane, Maguire, Wan Bissaka, and Shaw. Jadon Sancho too had a decent home debut but it was all about Cristiano, the matchwinner, as always. United manager Ole Gunnar Solskjaer said after the game, “It’s what he does. He walked in and lifted everyone. He senses the big moments.” This game left everyone wondering, is he the player who will take the Red Devils to the premier league title? Only time will tell.

The focus then shifted to the blue side of London. Another top marksman was about to be presented to the Chelsea fans at Stamford Bridge and the stage was set. Rivals Spurs lost 3 nil to Crystal Palace and it was a chance for Thomas Tuchel’s men to go joint top of the Premier League table. They had an Aston Villa side, brimming with talent and energy, raring to go, in front of them.

The first 15 minutes were evenly contested. Then it was Mateo Kovacic with a perfect through ball after tip-toeing his way past 2 Villa players, to Lukaku. The striker sat down one defender and then slotted the ball past a helpless Jed Steer in goal, to give the blues the upper hand. A goal, 9 years in the making as the Belgian scored on his return to Chelsea after an unsuccessful first stint. The blues fans were rocking.

Although the visitors responded strongly with some smooth passing and even called Chelsea keeper Edouard Mendy into action by forcing him into multiple saves, including a double save against attempts from Mings and Konsa. However, they failed to capitalize on any of the chances as the Blues finished the first half with a 1 nil lead.

For the second half, Thomas Tuchel brought on Jorginho for new signing Saul, to gain some control in the middle of the park. His side finally capitalized on a lapse of concentration by Tyrone Mings as his back pass was gobbled up by Kovacic, who chipped it past the keeper to make it 2 nil. The second goal turned out to be a devastating blow to the side from Birmingham. They made a few chances but never really had the Chelsea keeper troubled.

It was once again, late into stoppage time when substitute Azpilicueta passed the ball to Lukaku who smashed it home. One touch to control, one to finish. It was another solid performance for the Blues. Mendy kept Villa strikers at bay, Kovacic ran the show in midfield, and ultimately it was the big man whose goals made the difference. Several comparisons were made between the Chelsea striker and Cristiano Ronaldo, to which Chelsea manager Thomas Tuchel said, “ I couldn’t care less.” Well, he might not care but the fans certainly are excited for both, the title race and the race for the golden boot.

Chelsea win ‘GameZero’ as 19.09.21 proves to be a memorable day for football