Ryan Garcia wishes to go in the ring and fight Gervonta ‘Tank' Davis. 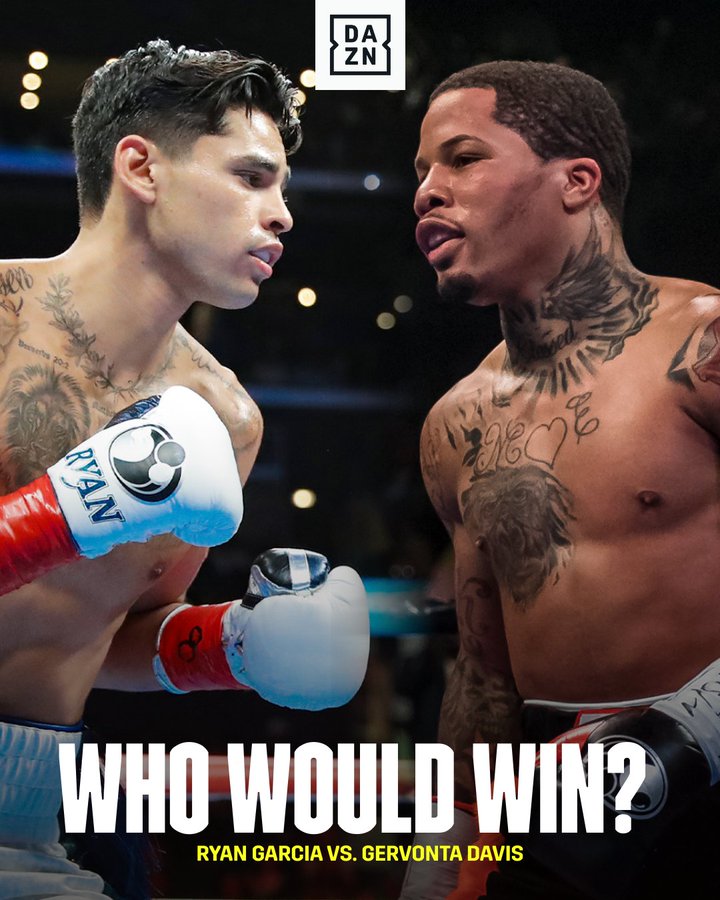 Garcia had a spectacular fight knocking out Javier Fortuna in the sixth round of their 140-pound bout on the 16 July 2022, Saturday night at the Crypto.com Arena.

Garcia stated in the press conference after his fight with Fortuna that he wants to go against Davis in the ring.

“I know that I’m committed to it and I told everybody that’s where my heart's positioned and I’m not going to waver for nobody”.

The fight between Davis and Garcia might be held back because of competing networks.

Garcia fights exclusively on DAZN, while Davis competes on Showtime.

Garcia stated that he believes their handlers will try to make the fight work and sort out the various issues that could prevent the fight from taking place.

The undefeated Garcia ( 23-0, 19 KOs) named another potential fighter to go in the ring with if the fight with Davis does not materialize.

“But if it doesn’t happen, then I wanna fight Teofimo Lopez at 140”, says Garcia.

Davis sold out Brooklyn's Barclays Center for his May KO of Rolando Romero. Meanwhile, Garcia attracted 11, 288 fans at the same L.A venue on Saturday.

Davis and Garcia spectacular would shape up as a blockbuster event that can not be missed.

Anthony Joshua is expected to avenge his defeat when he goes against Oleksandr Usyk.