Sam Kerr breaks new boundaries as she becomes the first female player to be on the FIFA Game cover. 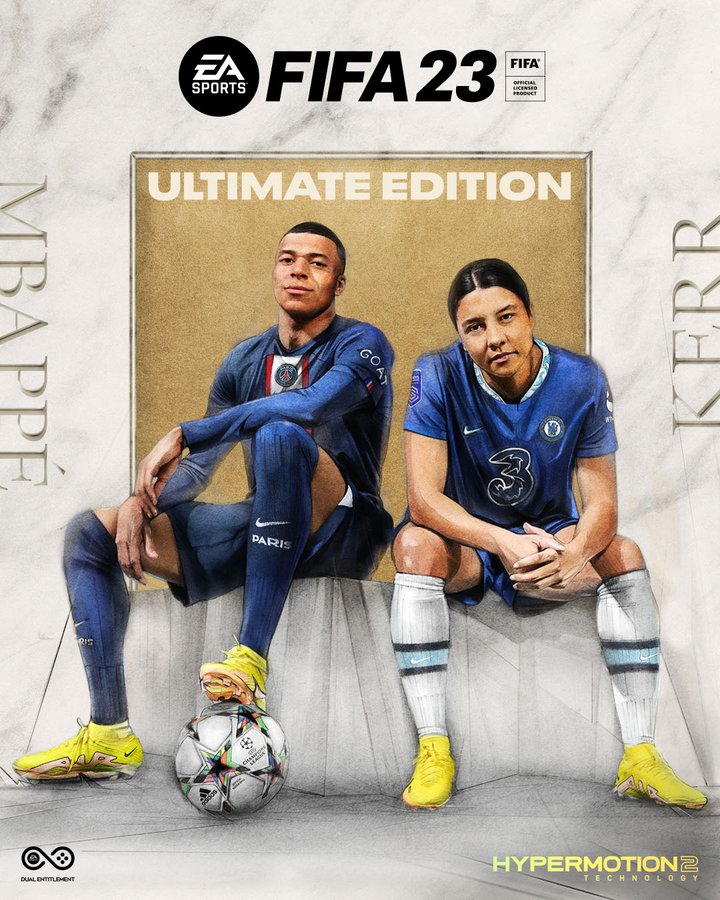 The Chelsea striker Sam Kerr will become the first female footballer to feature on the global front cover of the popular football game FIFA.

Captain Kerr will feature alongside France’s world cup winner Kylian Mbappe on the cover of FIFA 23 for the global edition.

There have been other female athletes that have featured on the FIFA cover but only on the regional editions.

The likes of USWNT's Alex Morgan, and Canada's Christine Sinclair have featured alongside Lionel Messi in their respective countries. Moreover, Stephy Catley has featured on the cover of the Australian version of FIFA 16.

FIFA announced on their Twitter account the partnership of Mbappe and Kerr as the new faces of the FIFA 23 cover.

Kerr is delighted to be a part of the FIFA 23 cover and made mention of how pleased to have worked with Mbappe.

“It’s an honour and a dream come true to be on the cover of FIFA 23”, says Kerr.

“It’s been incredible to work with Kylian and the whole EA Sports team and I cannot wait for fans to get their hands on a copy of the game”.

Mbappe has also shared his thoughts on the historical moment.

Kerr made her global debut for Australia when she was 15 years old. She is the first Australian footballer, male and female to have ever scored a hat trick at a world cup.

Kerr's appearance on the FIFA23 cover has established more recognition for women's football and sports in general.

It has been reported that this year’s edition of the game is the last to be produced with FIFA branding. FIFA and EA Sports ended their partnership that has lasted for more than 30 years.