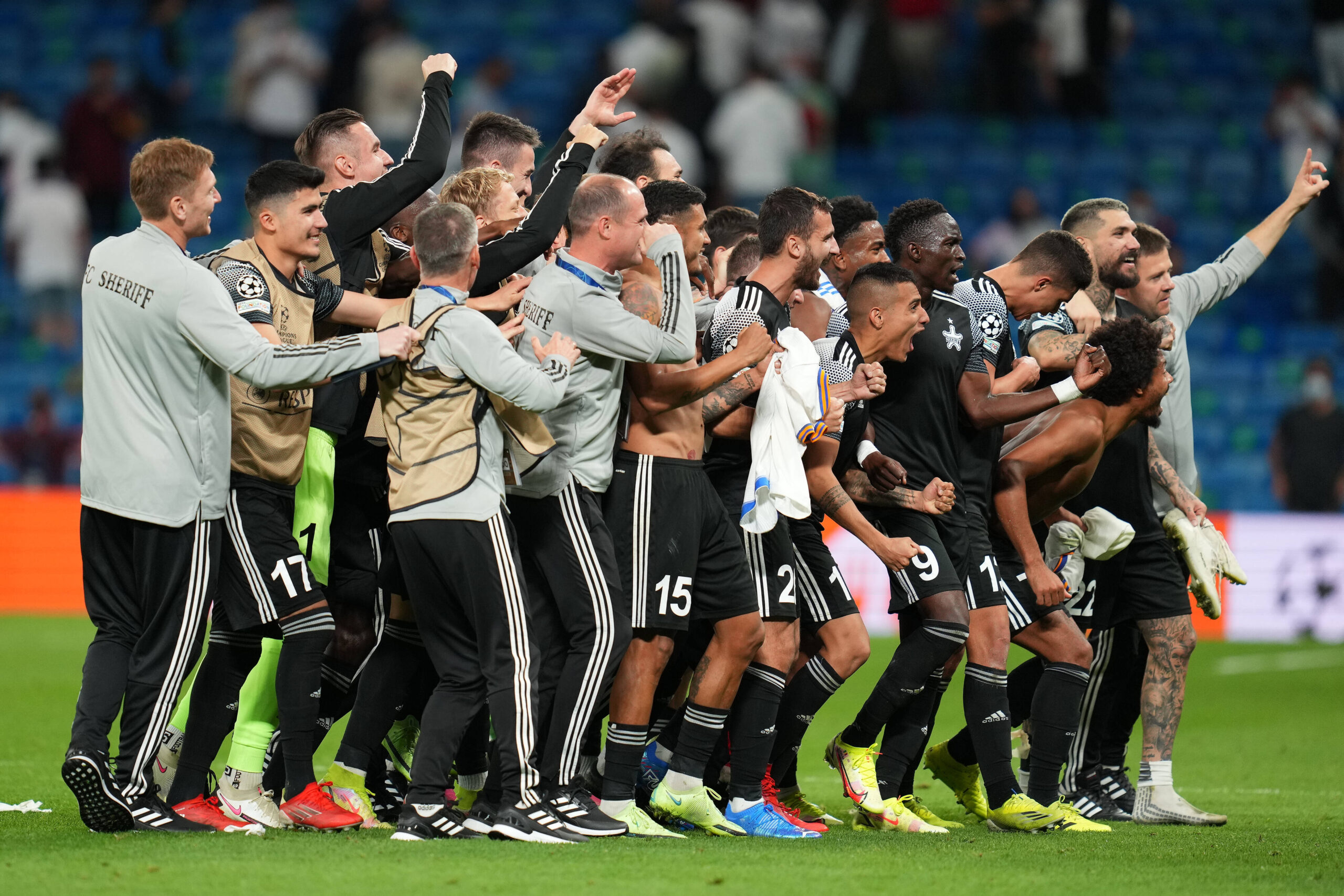 The Champions League has always produced moments that are there to be remembered for ages. Be it ‘The Miracle of Istanbul’ or Barca’s epic comeback against PSG, it has always been a platform for writing history. This week gave us another one of those moments that make us fall in love with ‘the Beautiful Game’.

With Messi and Ronaldo grabbing all the limelight after scoring for their respective clubs, there was one match that didn’t get the attention it deserved. We all thought that a club from an unrecognized region of Moldova would prove to be an easy outing for 13-time winners Real Madrid, that too at home. But FC Sheriff had other ideas for their trip to the Santiago Bernabeu stadium.

Jasurbek Yakhshiboev opened the scoring for the visitors in the 25th minute. The thousands in the audience and the ones watching at home were stunned. The Spanish giants showed a real lack of urgency in their play even after enjoying the majority of ball possession. FC Sheriff went into halftime, leading by a goal to nil.

The home team finally came out in the second half with some intent and urgency. Vinicius Jr was proving to be a real problem for the visitors’ defense. Their efforts were finally rewarded with a penalty that was calmly converted by Karim Benzema in the 65th minute. Thereafter, it was a tense affair. Real Madrid unsurprisingly had the upper hand but their opponents were doing their best to at least salvage a point.

The clock struck the 90-minute mark, with a few minutes of stoppage time left to play. A throw-in was flicked on and the ball fell to the feet of Sebastien Thill, who with a swing of his left foot rifled the ball into the top corner. Real Madrid players and supporters looked away in shock as their opponents celebrated in ecstasy. Real had a couple of minutes left to escape the jaws of defeat. They moved the ball around a resolute FC Sheriff defense but could not find a way past it.

The referee blew the full-time whistle, dropping the curtain on another UEFA Champions League classic. Real Madrid, who had already won 6 Champions League trophies by the time their opponents were founded in 1997, lost to competition debutants FC Sheriff. It was a memorable evening for everyone connected to the Moldovan club and will surely go down in history as one of the biggest upsets in football.