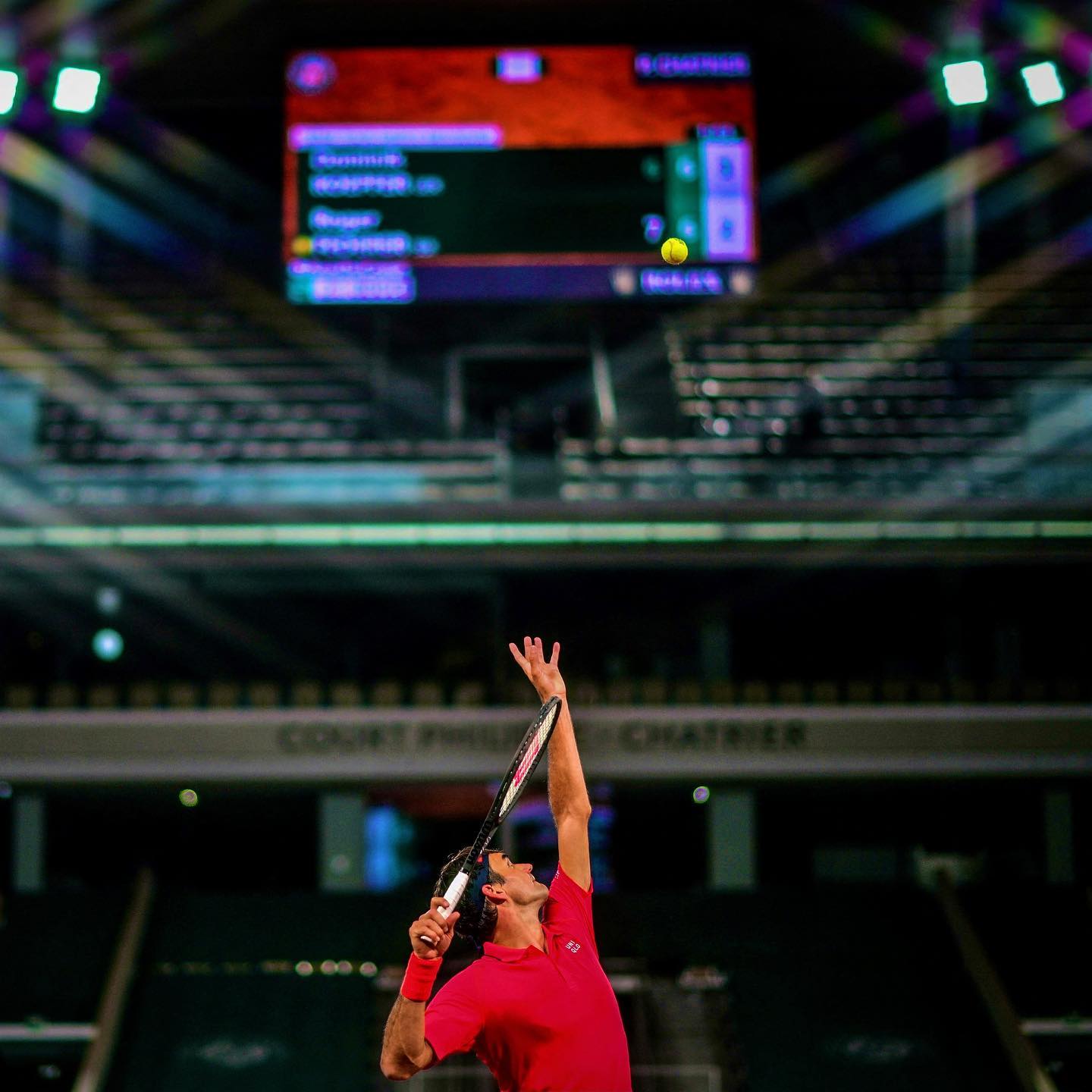 Roger Federer, who is a former World No.1 Tennis player, has decided to opt-out from the French Open on Sunday, even after winning his last match. This year it will be his 21st Wimbledon Grand Slam and many reports suggested that he had opted out for Wimbledon only.

The French Tennis Federation released a statement of Roger Federer which said, “After discussion with my team, I decided that I should withdraw from the French Open today.”

In a recent interview with the Social Talks, the 39-year-old Tennis player said, “I had undergone two knee operations and a year of rehabilitation, it was time that I should listen to my body and not continue in the competition.”

Roger had rarely played in the last year and a half due to his injury which further led him to suffer physically in the last match which he had won against German player Dominic Koepfer on Saturday and it was then that he decided to quit his campaign just before his fourth-round match against Italian player Matteo Berrettini.

Roger further revealed that he was in a dilemma as to whether he should continue in the second week of the clay-court Grand Slam as Wimbledon is his main goal which will kick start on June 28.

He further revealed that he was unable to decide that whether he should play or not or whether it was the right time for him to take a rest.

During a recent interview with the Times of India, Guy Forget, who is the Tournament Director said, “The French Open is sorry to see Roger Federer withdraw from the tournament but he put a good fight last night.”

He affirmed in that interview that they were happy to see Roger playing in Paris again where he played three amazing matches and wish him the best for his future matches.

In a conversation with the Social Talks, Mats Wilander, who is the seven-times grand slam champion said, "I want to pay tribute to Roger's match against Koepfer. He was in good health to play a match like that. Many pinpoint when a player reaches a certain age, especially when they get old and are unable to win a grand slam, they must retire."

He also praised the legendary player and went on to say, “I respect Federer a lot. I am in awe of him, especially the kind of character he showed last night. He could have easily given up and had decided that he had a good amount of practice for Wimbledon. But his willingness to win matches is just impressive.”

Now let's analyze how Wimbledon has reacted to the whole situation, that he has withdrawn from the French Open, he has got enough time to win his ninth title and his 21st major.

Roger will be turning 40 in August this year and was aware of the fact that chances of him winning a second Roland Garros title, which he had first won in 2009 were quite impossible.

He does not have a good record in Paris as he had lost 4 final matches to his rival Rafael Nadal. He last played a championship match in 2011.

Rafael Nadal, on the other hand, could become the first male tennis player to have 21 Grand Slams after the next win on the weekend in his kitty.

Rafael Nadal, who is also the 13-times champion, can become an undisputed champion of Roland Garros, with 103 matches being won and just 3 losses. This would also result in Federer ruling the All-England Club.

Till 2019, he had nine titles, but in a jaw-dropping final match between Roger Federer and his arch-nemesis, Novak Djokovic, the match ended in Roger getting two championship points.

In 2015, it was quite unlikely in Paris where he played twice to end the match in a draw. He would have faced world no.1 Djokovic in the quarterfinals. If Federer had won that match, he would have faced Nadal in the semi-finals.

While talking to the Social Talks, Federer further adds, "I am feeling good. And when I play well." This implied his indication that he won't be playing on his 16th clash with Matteo Berrettini.

He further conveyed, "I don't have a week in between here and there like I used to before if we count the days till Wimbledon."

After the Semi-final of the 2020 Australian Open, he played his third tournament in Paris.

And after that, he had to go through two knee surgeries.

Roger's physical health has put a question mark on the grass-court season due to the shifting of the French Open by a week.

How Rafael Nadal has become a favorite for winning the French open over Novak Djokovic?