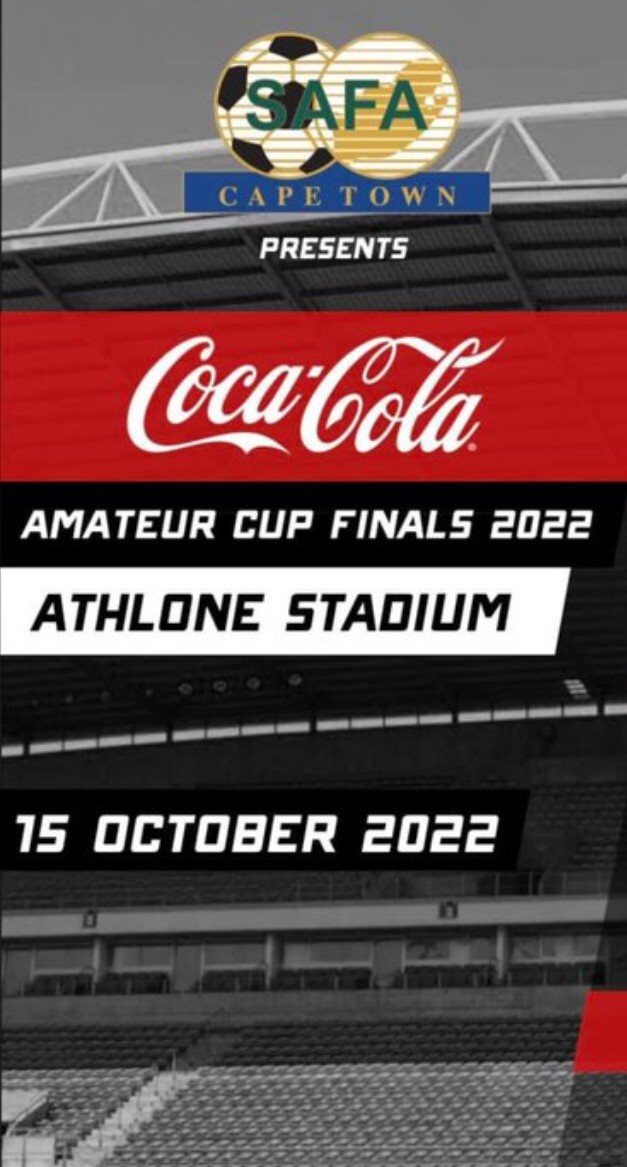 The legendary competition is one of the longest-running and biggest amateur football knockout competitions in Cape Town, featuring more than 800 teams from the Local Football Association across the metro.

This is where legends are made, and careers are started—rolling back the years to the days of Hartleyvale. The competition aims to bring epic clashes that promise many goals and entertainment.

The competition tightens as the quarter-finals commence, and the City of Cape Town promises to bring an epic atmosphere. It was reported that gates would be opened at noon and free of entry.

This weekend six teams will be competing for honors at the Coca-Cola finals that will be taking place this Saturday, 15th October 2022, at the At quarter-final; Kick-off starts at 1 pm with a much-anticipated game between Ubuntu Football and Cape Town City. The encounter will be the standout game of the weekend.

Ubuntu Football will prepare to overturn their luck against Cape Town City in another showdown. Ubuntu Football cape was defeated 2-1 in last year’s quarter-final clash.

It was a difficult game, but Cape Town City came out victorious courtesy of Captain Jaden Rhodes scoring the winning goal. Both teams will aim to improve on last year's performance.

UCT Football Club will try and emulate their 2019 performance when they go against Heideveld Ladies FC at half past four when they do battle in the women's final. At the same time, Clover and Diadora FC will compete in the last game of the day for the men’s championship.

Coach Kamaal Sait raised awareness about the high standard of women’s soccer and also highlighted the fantastic abilities the ladies have.

“We hope to see them reach new heights and get the spotlight they deserve. The ladies played with determination and discipline in their previous games, heading to the finals. The talent they showed indicates that this is only the beginning for them,” she said.

The tournament hopes to bring much excitement to Saturday clashes. The City of Cape Town has been a supporter of this event for many years, and it is thrilling to be continuing the partnership again this year. It can be said that the Coca-Cola Cup event has served as a platform for the development of talented grassroots footballers for over two decades.

Cape Town has always been a brilliant advocate in contributing to the improvement of young people in the town and continues reproducing the stars of tomorrow.