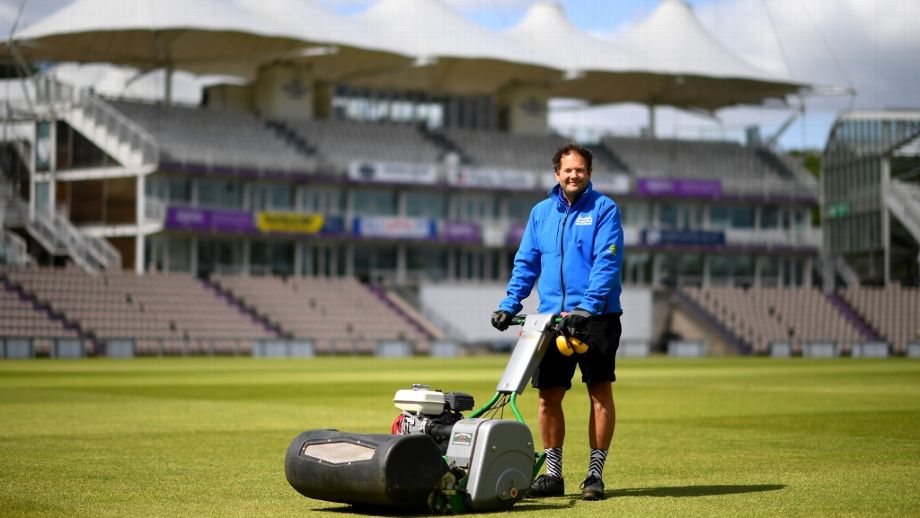 Simon Lee, who is the head groundsman is expecting a pacy and bouncy pitch ahead of the WTC Final match. This is going to help the spinners later in the match.

The match is going to begin on June 18.

During a recent interview with ESPN Cricinfo, he said, "Preparing a pitch for this match is a lot easier as this is a neutral venue, and the ICC is guiding us and all we want is a good pitch as it gives equal competition between the two teams."

He further mentioned, "I believe that I want to get something from the pitch, that has pace and bounce in it. It can be a mammoth task to do it in England as the weather is quite helpful, but a sunny forecast is expected during the match, so I am hopeful that we can get a little bit of pace and bounce in the pitch and we don’t even have to kill it.”

India and New Zealand Cricket teams have good pace bowlers and Lee expects them to be in the game almost all the time.

While speaking to ESPN Cricinfo, he mentioned, “What makes red-ball cricket exciting is pace. Being a cricket fan, I would want to create a pitch where the fans get to watch every ball, especially when they miss something- it can be anything, a master class batting performance or bowling. If a bowler bowls a maiden over, it would be quite interesting to watch as it would be a show of skills between both bowler and batsman. So, it is really important to get pace and bounce in the pitch, but it shouldn't become one-sided for the seam bowlers."

When we talk about seam bowlers, India has a stronger hand as compared to New Zealand as both Ashwin and Jadeja are most likely to be a part of the playing XI.

Speaking about the forecast, Lee spoke to ESPN Cricinfo further revealed, “The forecast is looking okay before the match and the pitches are dried out as the pitch consist of mixed sand. This is usually done to help the pitches so that they can spin well, which was impossible 10 years ago. To make that happen, we would hope that the bowlers would bowl seamers, and also some runs are scored in that pitch. Everyone will always talk about the pitch, but the players have to contribute as well to make the game interesting."

He further revealed, “When we make a pitch that makes a player show their talent to the best of their ability and it would be one of the best matches for the fans, our job would be done there.”

Now let's analyze the two teams as to which one of them has a stronger hand over the other.

Just four days are left before the WTC Finals between India and New Zealand takes place. Many experts have pointed towards the fact that the Indian batting looks much stable compared to that of New Zealand.

The Indian Cricket Team has the top 5 batsmen for the WTC Final and New Zealand on the other hand have none. The first match for the WTC campaign was held on August 1, 2019.

Kane Williamson, who is the captain of the New Zealand team, is the World No. 16 batsman. He has scored 817 runs with an average of 58 runs. One of the reasons why he was placed so low in the list of top batsmen is because he hasn't played many matches against India, which means he has only played 9 matches and others have played more matches in his comparison.

On the other hand, Ravindra Jadeja, who is an all-rounder, has scored 469 runs in 10 matches and has a much better average as compared to Williamson.

Other than Williamson, no other New Zealand batsman has been able to perform so well with the bat.

Tom Latham, who is a left-handed batsman has scored 680 matches in 11 matches with an average of 40.00