The Pogba brothers find themselves in a heated controversy 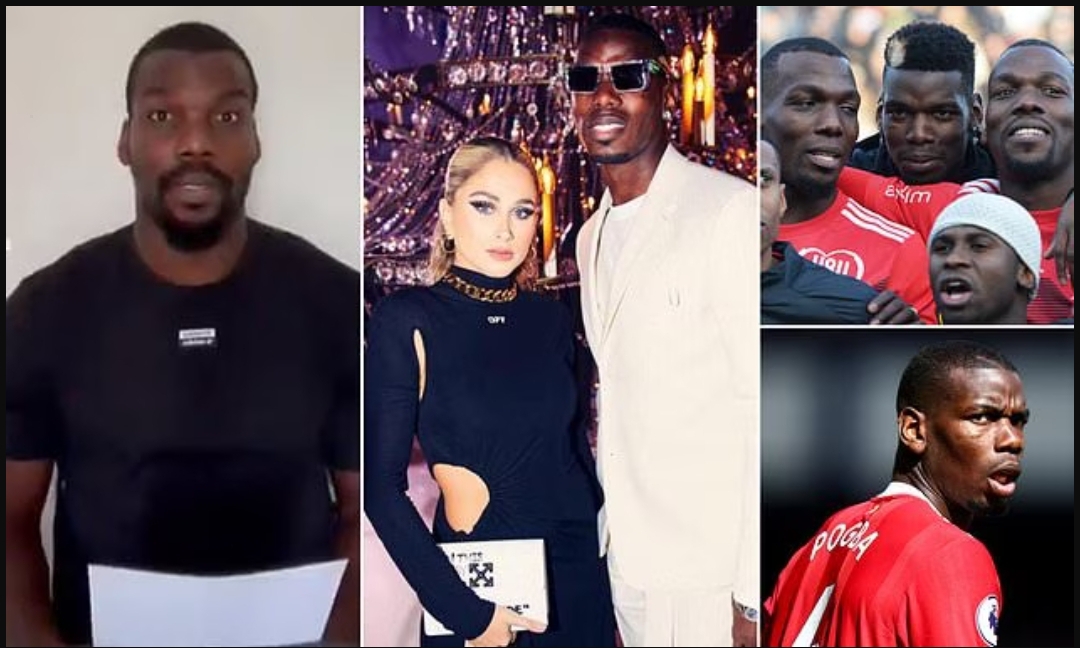 Shocking news emerged from France that Paul Pogba has allegedly claimed he was the target of an attempted extortion plot by his childhood friends. Franceinfo suggests that Paul's older brother Mathias is part of the allegations.

Paul has accused his older brother Mathias of being part of an organized gang that dragged him to a Paris apartment and demanded over 13 million in March.

It was reported that the former Manchester United player went to file a report to the French authorities. He stated that the men in question insisted that he was in debt to them as they had been protecting him discreetly for over a decade.

It is alleged that the act of intimidation happened while he was still a Manchester United player and has since followed him to his new residence in Turin, Italy.

On Sunday, 28 August 2022, Mathias posted a video in which he defended himself against the allegations made against him.

"What I expected to happen has happened; my little brother is finally starting to show his true face. Since he started talking, lying to the police, and bringing out the information, you can't blame me. Paul, you wanted to shut me up to lie and send me to prison; I suspected it. Now it's true, my version of fact happened, and unlike you, I'll tell you again, brother, manipulating people is not good! It's not about the money; you implicated me despite yourself; I almost died because of you", Mathias said.

Mathias has claimed that his brother Paul has bewitched the PSG player Kylian Mbappe.

"Kylian, now do you understand? I have no negative feelings towards you; my words are for your good, everything is true and proven, and the witch doctor is known! Sorry about this brother, a so-called Muslim deep in witchcraft; it's never good to have a hypocrite and a traitor near you!" he said.

The Juventus playmaker has denied the allegation against him concerning using witchcraft on his French national teammate Mbappe.