Timm absorbs the pressure that comes with playing for Orlando Pirates 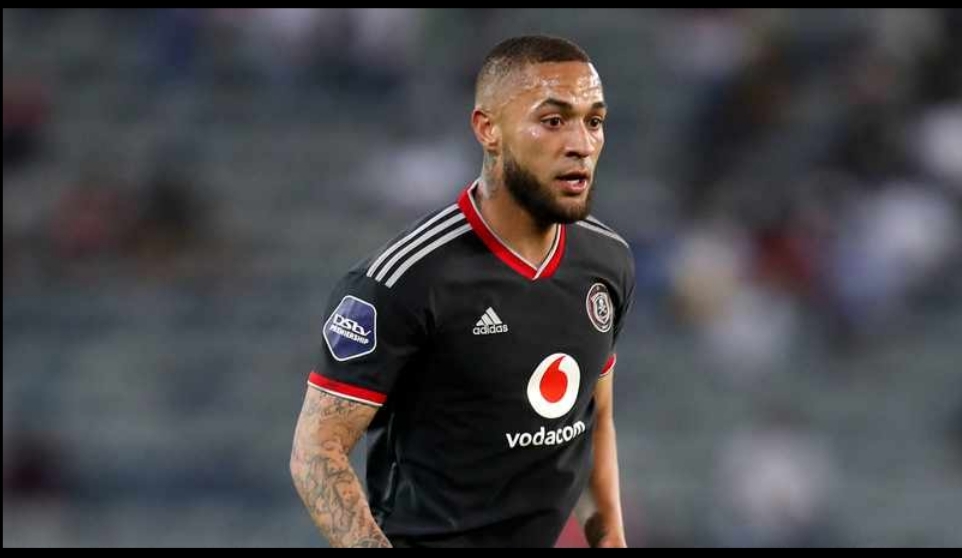 The 31-year-old midfielder, Miguel Timm, arrived alongside the likes of Thapelo Xoki, Nkosinathi Sibisi and Bienvenu Eva Nga as part of an attempt to bulk the Orlando Pirates squad for the 2022/23 season. Timm had several options to choose from- it was reported that Kaizer Chiefs and Marumo Gallants were amongst the clubs that wanted to sign the former Maritzburg player but ultimately opted to sign with the Sea Robbers.

However, although his time at the Soweto-based club has not been impressive for the most part, after a slow start, he has gradually worked his way into the starting eleven of new coach Jose Riveiro’s side. He has made only 8 appearances in all competitions. The Durban-born player has revealed that he feels no pressure in donning the famous shirt of Orlando Pirates.

“I understand that this is a big club, one of the bigger clubs I’ve played for but over the years I’ve gained experience and understanding of what winning is all about”, he told Pirates TV.

“It obviously means more now because there's a bigger following and there's also a bigger history with this club and instead of saying Ibheji liyasinda [ the badge is heavy], we can use that as motivation to give us that extra push to compete in all the competitions in the upcoming season."

Timm has his sights on maintaining his starting birth in the team and plans to leave a mark at the club just like the club’s most beloved son, Edward ‘Magents’ Motale.

“I want to keep working hard for the team and keep improving so I can always put myself in a position to contribute to the team’s success”, he said.

“I would like to be remembered the same way Magents is remembered, the perfect example. A born leader, lots of titles and I think he set the benchmark high for us as individuals and as a team”.

Timm has a long way to go to reach the level of Magents, as he only has one title under his belt. He won the first silverware of his professional career in the 2020/21 campaign in the colours of Tshakhuma Tsha Madzivhadila, when they defeated the Eastern Cape-based Chippa United to win the Nedbank Cup.

The last time Pirates won the PSL Championship was in 2012; most recently in 2020, they defeated Bloemfontein Celtics 2-1 to win the MTN8, a domestic trophy for teams who finishes in the top eight position in the league.

Timm will aim to help the Sea Robbers win the DStv Premiership title this season and stop Mamelodi Sundowns from retaining it for the sixth time consecutively.