Tyson Fury knocks out Dillian Whyte in a spectacular display of skills, hints at retirement 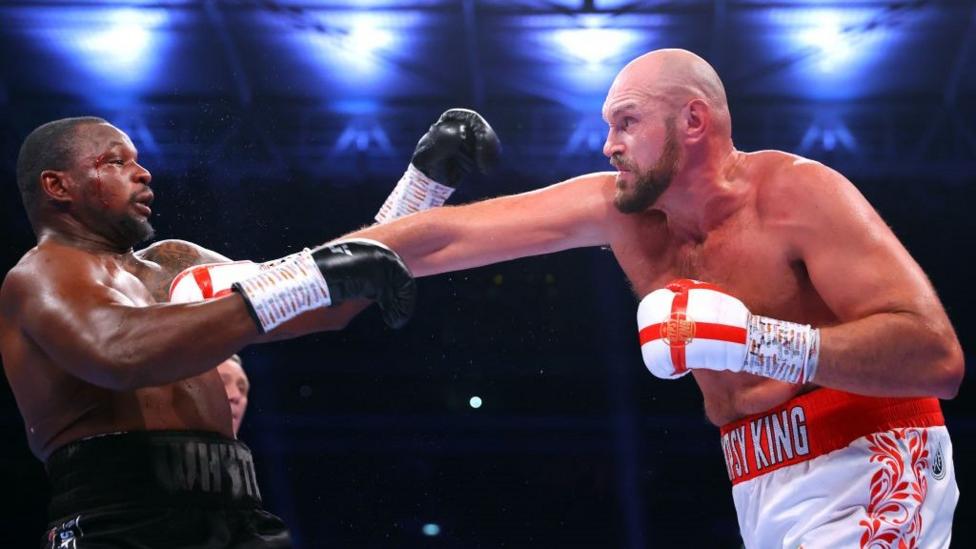 The Gypsy King lodged yet another victory on Saturday after he delivered a brutal right uppercut to knock Dillian Whyte out in the 6th round to retain his WBC heavyweight title in front of a record-breaking crowd (97000 fans) at Wembley stadium. Fury remains undefeated till date.  He fought on his home soil after a gap of two and a half years.

Fury ended it all in the 6th round with a perfectly timed right uppercut to Whyte with just a second remaining in the round. Whyte bravely rose to his feet, but seemed badly dazed and the referee rightly ended the bout.

The fight got a bit bloody in the fourth round with blood leaking from Whyte's right eye. The boxers constantly yelled at each other and Fury's team took this opportunity to drench Whyte completely in water when the pair was in Fury's corner.

However, during the post-match interview, the WBC (World Boxing Council) Champion praised Whyte’s determination and said that he believes he will be a world champion one day.  He later said that he might hang up his gloves now. He further added that he told his wife that he would retire after his bout with Deontay Wilder which happened in October last year, but later when he got an offer to fight at Wembley, he thought he should owe it to his fans.

Some fans were a bit skeptical of Fury’s retirement claim since he had made such a claim a few times before too, only to return to the ring later.There has never been a boxing match with an atmosphere as electrifying as this one and a crowd as deafening, according to some boxing experts.

The match lived up to its hype as both Fury and Whyte made their way to the ring with their theme songs which only added to the extravaganza of their entrances.  3 different songs were played during Fury's entrance, out of which, the song ‘Juicy’ by Notorious B.I.G was the most pumped up one.  Whyte made his trademark wolf-like howl before stepping into the ring though it was received with Boos at the stadium.

What about Whyte? Despite this loss, he still remains a world-class contender (28-3, 19 KOs). He made his way to the top by proving his worth against boxing giants like Alexander Povetkin and Joseph Parker. There are still many big bouts waiting for him out there.

His strong comeback in 2017 after he quit boxing in 2016 owing to mental health and drug issues is something the boxing world will never forget.If this was indeed Fury’s last ever bout, it would mark the end of an era and a truly remarkable career that spanned over 14 years.