US basketball star Brittney Griner was charged with illegal possession and sentenced to nine years in prison. 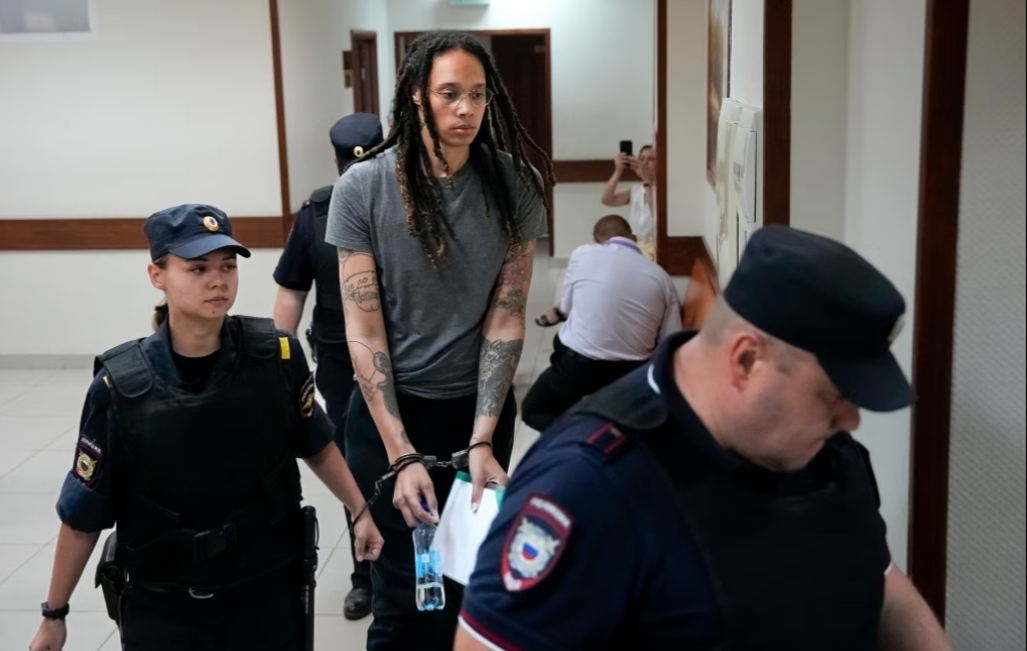 US basketball player Griner, who was detained at Moscow's Sheremetyevo airport got charged with illegal possession of cannabis. The basketball player got sentenced to nine years in prison on Thursday, 4 August 2022.

A Russian court found her guilty of smuggling illegal substances into Russia and the 31-year-old has said that she did not mean to hurt anyone with her unlawful act.

“I never meant to hurt anybody, to put in jeopardy the Russian population, or violate any Russian laws. I made an honest mistake and I hope that your ruling, that it doesn’t end my life here”, she told the court.

“I know everybody keeps talking about political pawns and politics but I hope that this far from this courtroom… I hope you take into account all the documents, all the character lists that everybody has sent in on my behalf… This is my second home, and all I wanted to do was just win championships and make them proud”, she said.

The two-time Olympic gold medalist had also apologized to her teammates, family, and fans. Stating that she has brought shame and embarrassment upon them.

“I want to also apologize to my parents, my siblings, and the Phoenix Mercury organization back at home, the amazing women of the WNBA, and my amazing spouse back home”, she said.

The 31-year-old Griner should be facing 10 years imprisonment under Russian law but judges have considerable latitude on sentencing.

Prosecutor Nikolai Vlasenko asked the court to hand Griner a fine of 1 million rubbles [ almost $ 16,700] in addition to the prison sentence.

Her lawyer, Maria Blagovolina, argued that Griner used Cannabis only in Arizona and asked the court to acquit Griner, noting that Griner had no past criminal record and pointing out Griner's role in the “development of Russian basketball” should be taken into consideration.

US President Joe Biden states that the verdict and sentence as “unacceptable” and has ordered that Griner be immediately released.

“I call Russia to release her immediately so she can be with her wife”, he said.

WNBA and NBA released a statement on Thursday, 4 August 2022 regarding Griner's case.

“Today’s verdict and sentencing is unjustified and unfortunate, but not unexpected and Brittney Griner remains wrongly detained. The WNBA and NBA, commitment to her safe return have not severed and it is our hope that we are never at the end of this process of finally bringing BG home to the United States”.