Victor Gomes: “We need VAR, we can't continue without VAR because it is the future” 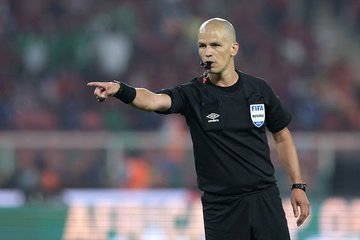 Victor Gomes has stated that the SAFA needs to find a way to implement the VAR system in the country. A cry for the VAR to be implemented in the league has been echoed by several people within the football fraternity and fans alike for years now.

The PSL has had so many controversial officiating incidents this season. The most recent controversial incident was during the Soweto derby where former referee Ace Ngcobo claimed that a foul was committed by Kaizer Chiefs player Khama Billiat on Ndayithethwa before Maart collected took a long-range shot that caught Orlando Pirates goalkeeper Siyabonga Mpontshane off his line.

The VAR will be able to assist the league immensely, and Victor Gomes alludes to the fact that it will not only help the officials but also help the league to grow.

“We need VAR, we cannot continue without VAR because it is the future. We have been told by our international bosses that it is the future and it will remain here and I think it's just a matter of time until it comes to South Africa,” said Gomes on Marawa Sports Worldwide.

As much as VAR is needed in the PSL, however, the league cannot avoid the load shedding situation that the country is currently facing. Some stadiums in the country are not fully equipped with state-of-the-art technological advances in place to accommodate the VAR system to keep the system running while there's load shedding. Victor Gomes came out and said that FIFA has already constructed a system for such an incident.

“I will give you some insight as to the World Cup, we had additional people who were situated in a venue, that in the event that there was a down age for whatever time, it would take literally 2-3 minutes for the next crew to be already on power, while the referees are continuing with the game. So, the game wouldn't need to stop, we would already have a backup. These are the things we need to consider but we are not the first we have countries like Holland that are doing it,” he said.

Victor Gomes also announced his retirement from officiating. The legendary referee had a stellar career having made a mark not only in the PSL and the African Continent, but he has made his footprint on the world’s biggest stage the FIFA World Cup.